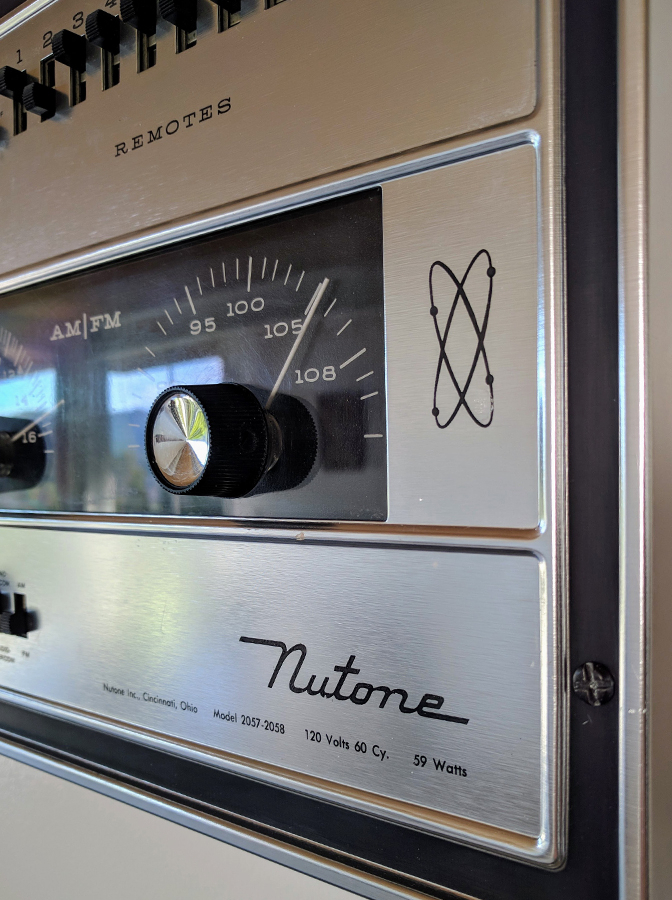 With a TWA pilot and his flight attendant wife as its first residents, Case Study House 26 is the stuff of the “golden age of plane travel” dreams. Completed in 1963, it also tracks with the era, usually defined as the 1950s-1960s. Today’s owners are Cord Struckmann, an architect, and his partner Alfonso, who fell in love with the home in 2015. They spend their free time doing light restorations, remaining as faithful as possible, while also guiding the San Rafael-located home into a modern context.

One piece of preservation that we’re obsessed with is the original NuTone intercom system, with its main control center located across from the sink in the gleaming kitchen. According to Struckmann, it was installed in 1962 or 1963. Naturally, we had to know its ironically futuristic history. 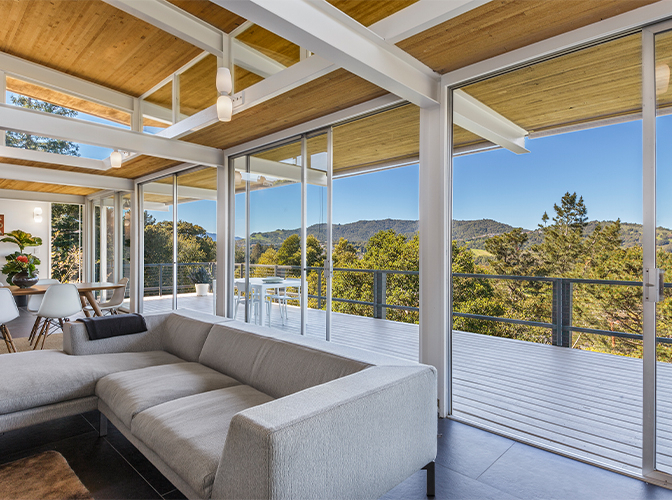 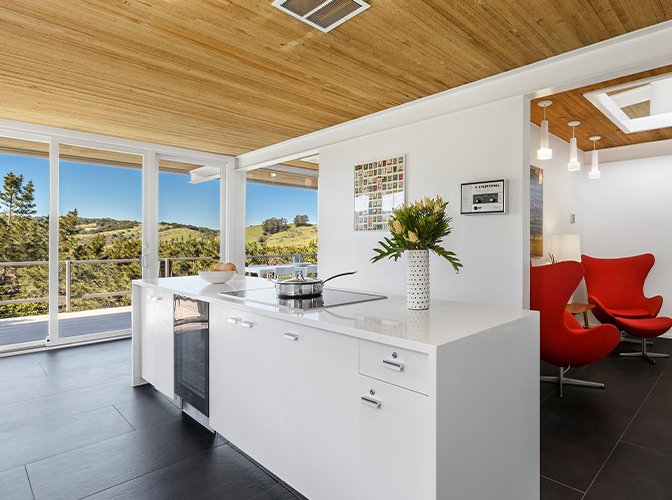 “Since the original owners, the Ketchums, worked for TWA, I think they fitted out this house like an airplane,” Struckmann says. “They put this main intercom in the kitchen, and then the receiving stations in every bedroom. So you could say when dinner is ready, et cetera. You can also listen to music.”

While Struckmann felt the intercom was special when they purchased the home, it wasn’t in functioning order. They chose to leave it anyway, thinking that eventually they might find someone who could restore it.

He was able to find three of the same model on eBay. And after an extensive search, he found Chris Peters in San Ramon who specialized in NuTone intercoms. Peters told Struckmann that the system was in great condition, most likely needing just a cleaning and one or two new transistors. Struckmann brought him the three other models, so he could use them for the parts, and Peters restored them. “He was so excited. He made three hours of YouTube videos of him restoring it,” Struckmann says. Peters even added a Bluetooth adapter. 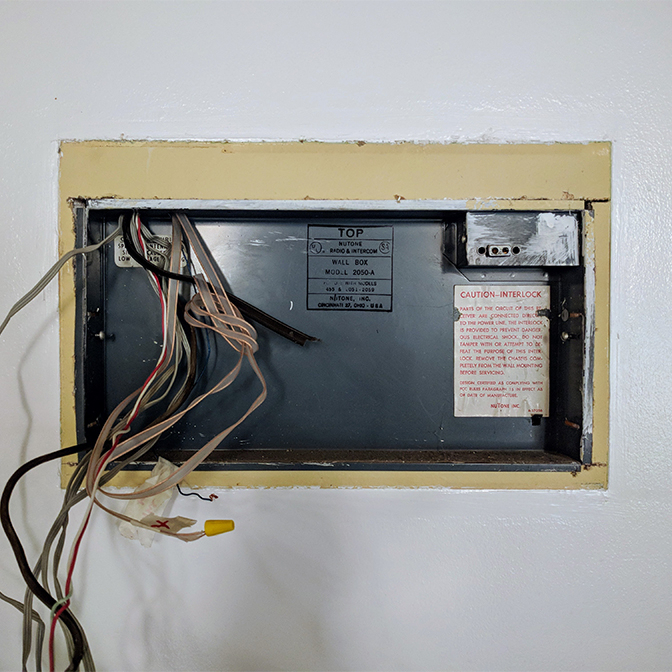 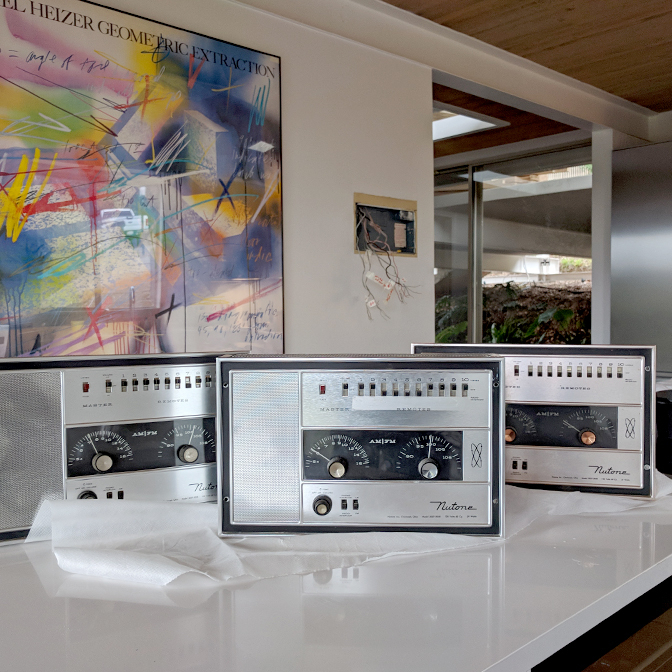 Struckmann likes historic documents, and was able to find the catalogs from the 1960s with the cut sheets and the bonus manual. He was able to find out that the system had originally cost $2,000. “I think now it would cost like $50,000.”

The intercom is a conversation starter. When the couple has guests (and they like to have dinner parties), they often want to try it out. And it’s even been used in commercials. An MCT oil company in Japan filmed an ad where a woman wakes up and walks into the kitchen, turning on the radio, then makes her coffee. 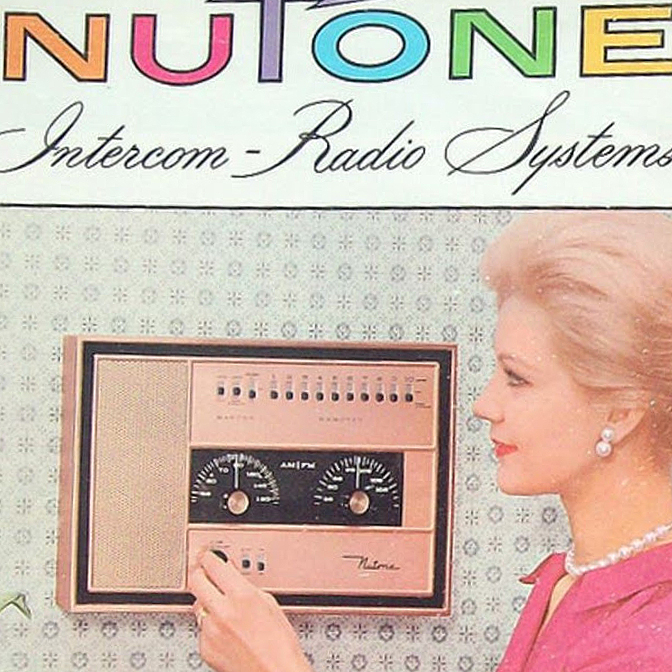 Other commercials and photo shoots have taken place at the Case Study home, hosting the likes of Facebook, Wells Fargo and LACIE. “A lot of software companies come,” Struckmann says. “It’s always interesting to see how people see and interpret the house. They want the house of the future, where windows open by themselves with a hand on the glass.”

The irony, of course, is that these ads are meant to evoke the modern age, but have nothing to do with the 1960s. And the beauty is, they’re getting a house that’s almost 60 years ahead of its time. A birth point that evoked then visions of glamour, prestige and achievement, that still earns its wings, so to speak, today.

To book a stay at Case Study House 26 and experience the intercom, click here. 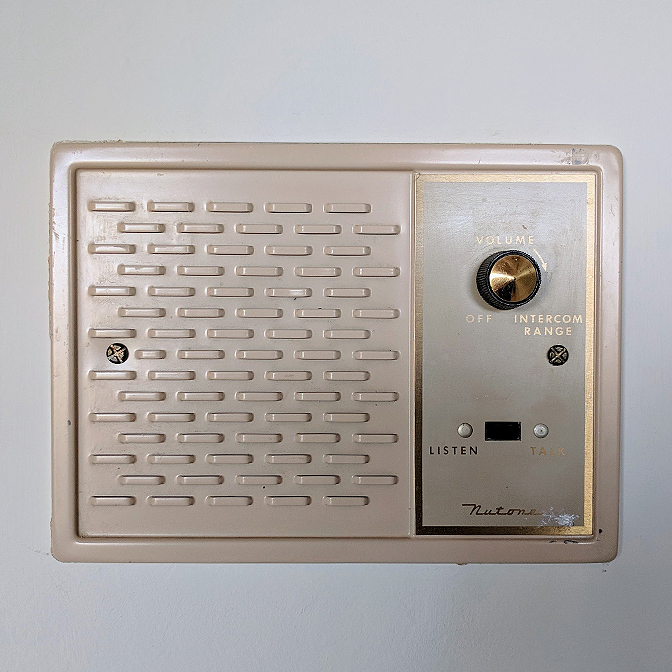