Conversation with Mauricio Padilla of hinter 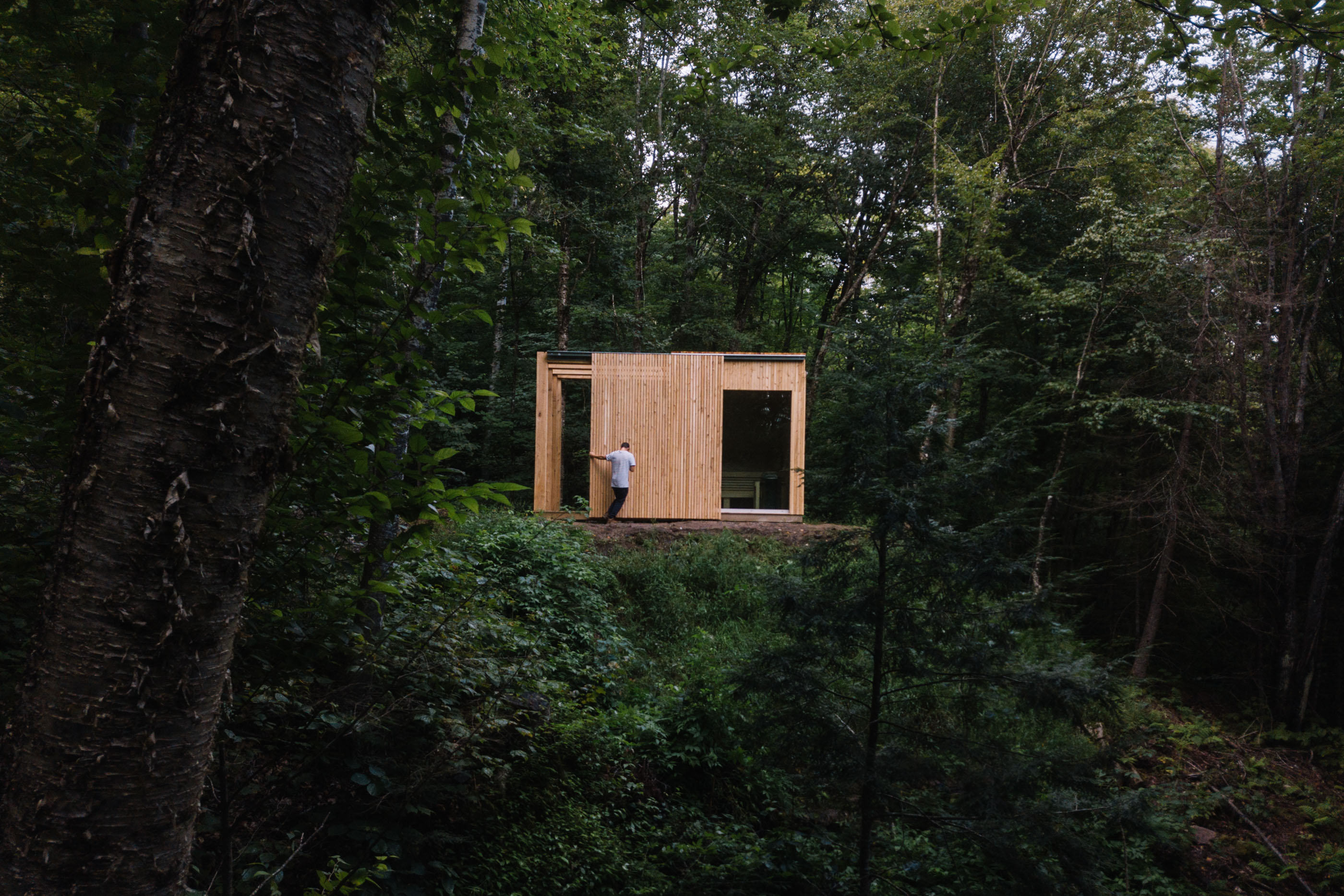 Sometimes the boldest ideas are also the simplest ones. Tucked into the woods near the Canadian ski resort of Tremblant, you'll find two homes that epitomize that notion. Created by Mauricio Padilla and Emily Padan (known collectively as hinter), they are the first in a series of homes that the couple hope will not only provide rejuvenating escapes from the stresses of 21st-century life, but also reshape the vacation home rental market.

Born and raised in Quito, Ecuador, Mauricio has spent the last 15 years in Montreal, Quebec, where he worked for a decade in software and business. On work trips around the world, his perspective started to shift, and that's when the idea for hinter began to take shape. It’s a brand that creates – as sustainably as possible – strikingly simple architectural spaces immersed in nature.

Hinter’s philosophy really resonates with us at BoutiqueHomes, so we caught up with Mauricio to find out more. 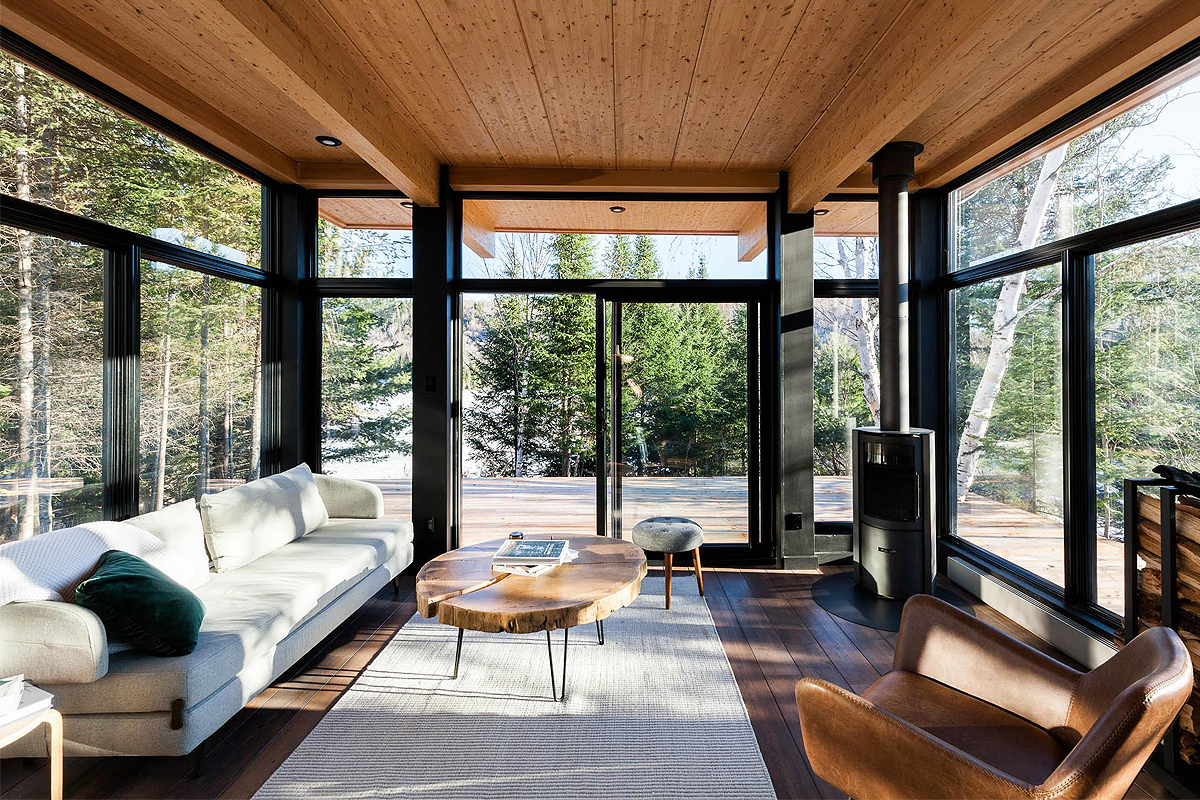 HOW WAS THE IDEA OF HINTER BORN?

Mauricio Padilla: “I used to travel a lot for work. Every time I went to meetings, I would escape on the weekends and go for these amazing hikes. When I was in San Francisco or LA, I would go to Yosemite or I would drive to Joshua Tree. The same on the northwestern coast, Vancouver, Seattle. When I was hiking in Norway, I visited Trolltunga, which means the troll’s tongue. You have to hike 10 hours up a mountain, and you end up in this gorgeous fjord. And as I was hiking out there, I kept seeing all these beautiful homes, epic places that you don’t see normally anywhere else. I started thinking about nature, architecture, design, and well-being, and how those start playing together.

“And I was like, why we don’t have these back in Canada? Long story short, I ended up buying a prefab cabin in 2017 and using it as my weekend retreat. Fast forward to the beginning of 2019, I started renting it.” 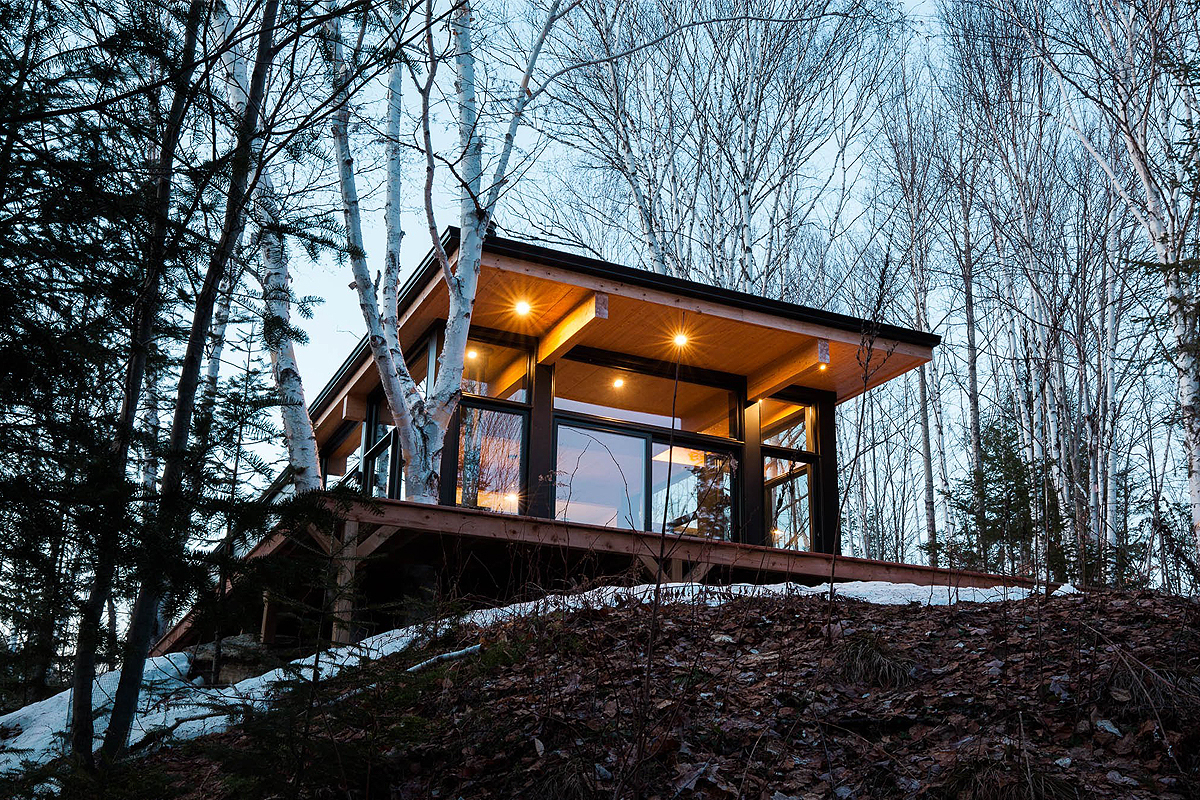 THAT WAS HINTERCABIN (ABOVE) – HOW DID THE IDEA GROW FROM THERE?

MP: “As I was buying the prefab Hintercabin, I was already at the table, sitting down with architect David [Dworkind] to start designing Hinterhouse, based on the trips that I’d had in Norway. At a certain point in 2018, I quit my job and said, ‘Okay, I’m just going to spend the next few years doing something I love. Let’s follow a passion and see where that takes us.’ Hintercabin started doing really well, and very quickly it transformed itself from a rental property to a brand with a culture behind it.

“The part that I love the most about the brand that we’re building is that it connects all those dots – design, architecture, nature and well-being – which I really wanted to share with people. Because if you think about it, you don’t have to be crazy about design or crazy about nature, but when you put people into those situations, they feel the difference. We just go for a walk and we feel differently, and we don’t even know why.”

MP: “I like to see, in a way, that instead of selling nights at a hotel, we are providing memories, experiences, things that really stick with you. These sorts of spaces allow you to inspire yourself. They give you some headspace. It’s the same as going for a walk or going for a hike. You don’t know what you’re going to find… but you find things.” 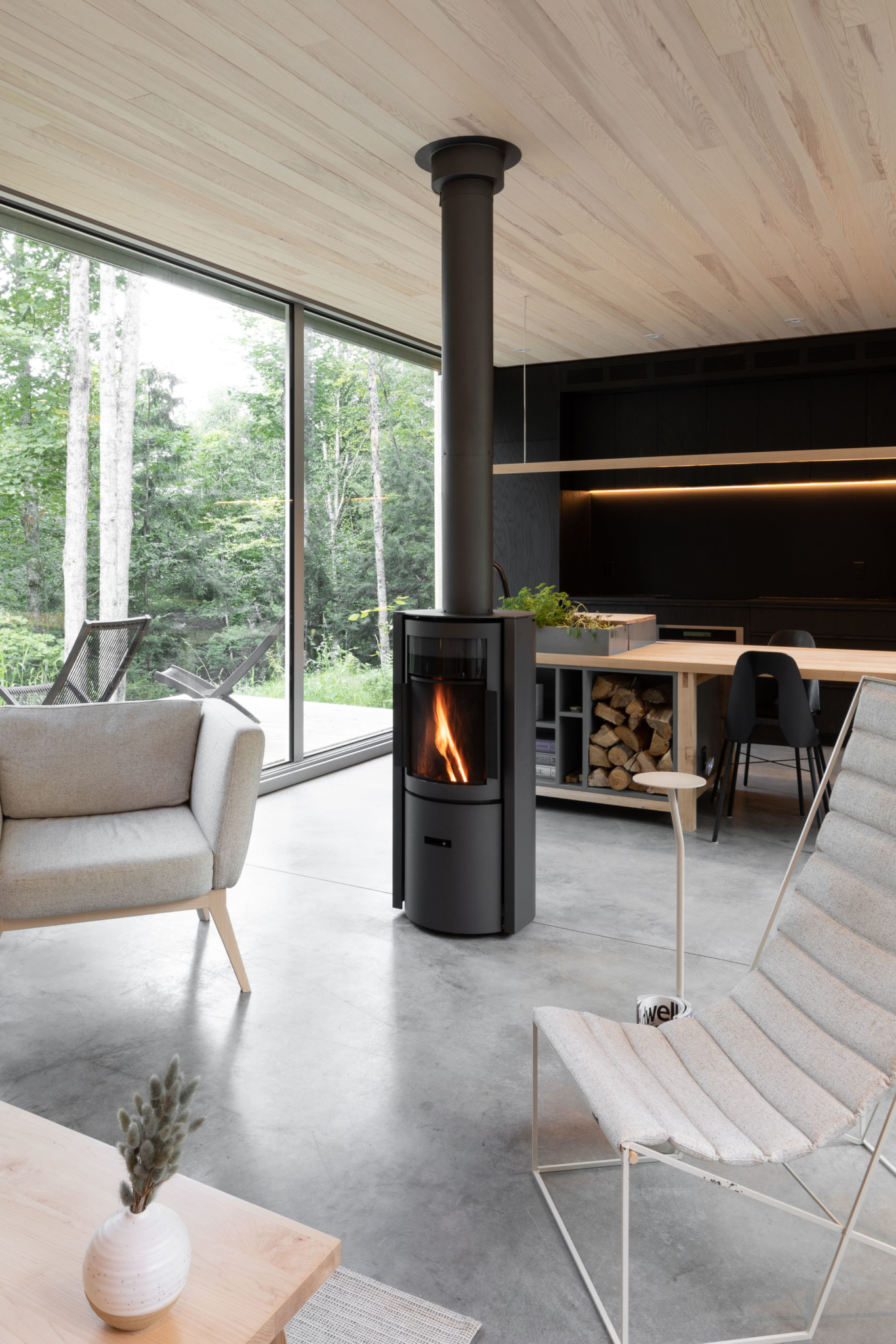 WHAT DOES THE WORD HINTER MEAN?

MP: “Hinter in German is ‘behind’. If you look at the term hinterland, it’s the land behind. So it’s land that’s not hidden but outside of the city. It’s a place where we can escape, a place to be ourselves or reconnect with ourselves. Sometimes it is nice to be in a hidden place to inspire ourselves, to meditate, then go back and keep going, to keep going with our lives.”

WHAT DREW YOU TO THIS PARTICULAR HINTERLAND?

MP: “Tremblant is one of the largest ski resorts in Canada and the East Coast. I was looking for something that is close enough but also not close enough. And I think that’s the beauty of it. Moving onwards, I picture opening a handful of houses in different spots that are near touristic hubs, but not there. I want to be able to provide people with that solitude and a direct connection with nature. But if they want to go and do sports, or drive 15-20 minutes to a restaurant, they have the option to do that.”

YOU SAY LUXURY IS BEING REDEFINED. SO, HOW DO YOU DEFINE IT?

MP: “More time with nature, more time with ourselves. Simplicity. I think that should be luxury. Nothing lavish. Less is more. I always say the definition of success isn’t related to anything monetary. The definition of success is how happy you are doing whatever it is that, at the end of the day, rocks your boat. We have connected the word luxury to a particular monetary status, which it shouldn’t be. But if we’re talking about the word luxury, and the word success, every person should have their own definition of what they are.” 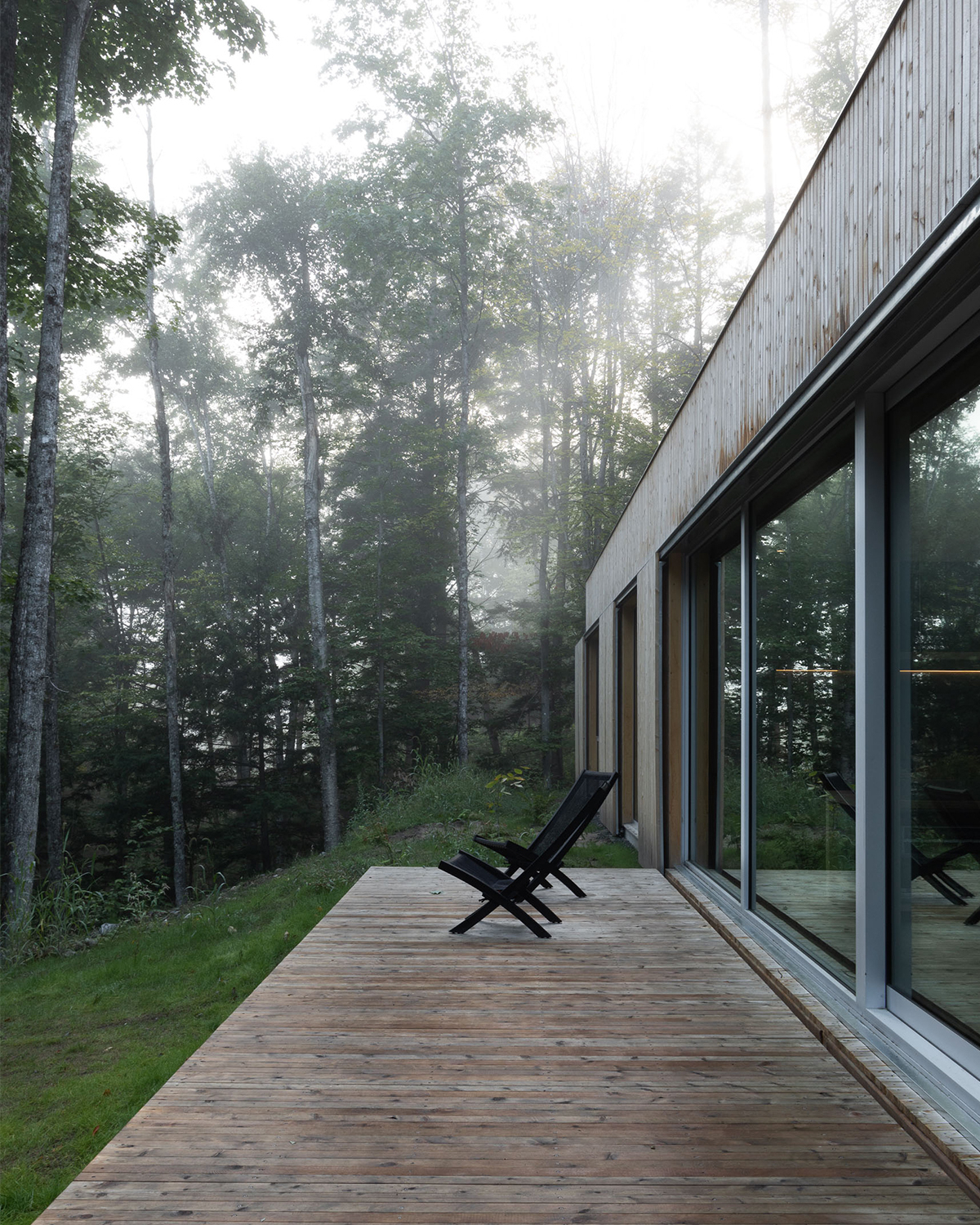 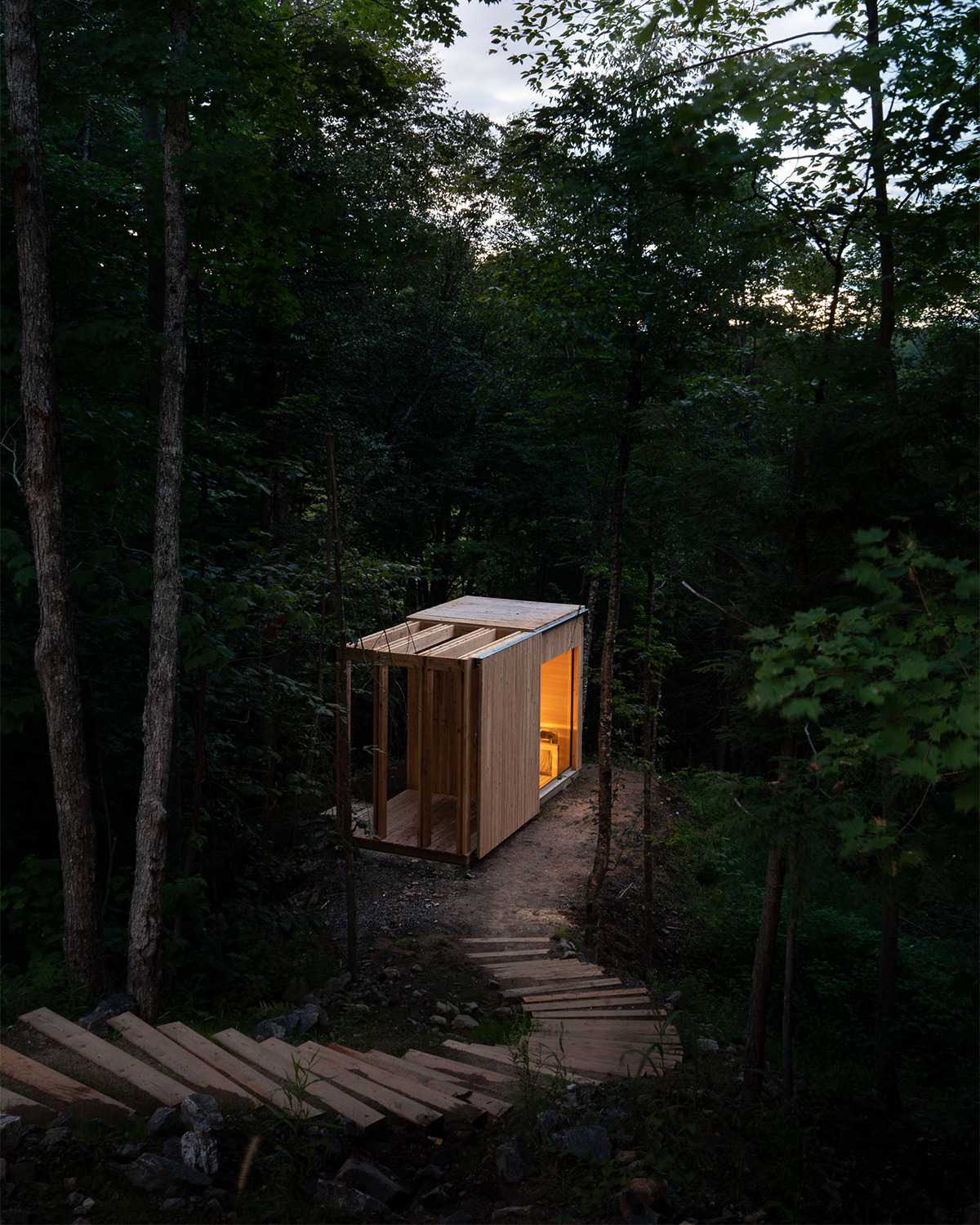 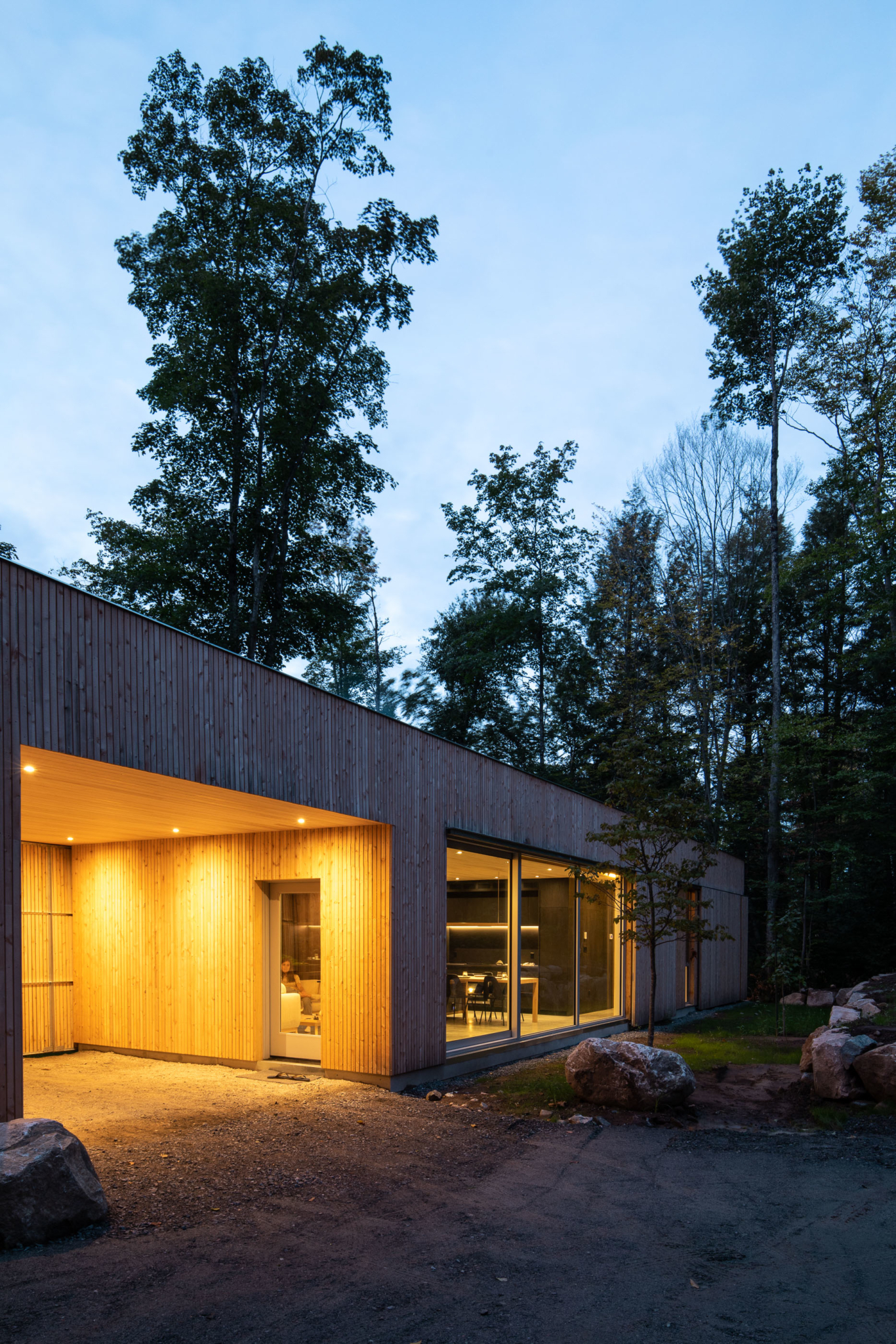 WHAT DO YOU HOPE YOUR GUESTS LEAVE WITH?
MP: “Two things. One is providing them with experiences so they can actually reconnect and realize the magic of nature. The second thing I’ve started putting more weight to is sustainability. Last summer, I was thinking. ‘I’m going to keep building houses for the next few years, but there’s something wrong here – which is that I keep cutting trees to build these houses.’ I’m starting to be a hater of the expression carbon neutral because we should really be carbon negative. I see a lot of businesses and governments wanting to be carbon neutral, but we should actually go way farther. I think we’re smart enough to figure it out. We’re not focusing on the right things.”
WHAT THINGS ARE YOU FOCUSING ON?
MP: “We’re starting with something small, which is planting 10 trees per stay. We use One Tree Planted, a nonprofit. Every time that we book a house, we donate $10, which plants 10 trees. That seems small, but it’s 1,500 trees per year, per house. And that’s only one year. So, it’s really giving way more than what you take. It’s also about educating people and making them feel part of something larger. If you stay two nights in a hotel, and you help plant 10 trees, that’s a big thing.

“That’s really important to us. Also, in the partners that we’re choosing, we always look for companies that are sustainable. The cleaning products of the house, the body care products, they’re all biodegradable, they all come in refillable boxes. So, we do our part, but we also set an example. We’ve had a few guests that purchase those products, and it’s very gratifying that you’re making a little difference in terms of consumer behavior.”
WHAT'S NEXT FOR HINTER?

MP: “The idea is to start working with different architectural firms around the world that care about innovating in design and sustainability. With Ménard Dworkin, we designed Hinterhouse, but we are also partnered with Koto Cabins in the UK. They do beautiful, minimalist buildings with the same things in mind in terms of Scandinavian and Japanese culture, simplicity and cleaner lines. Next year, we’re going to be building one Hinterhouse which is black outside, and probably two homes with Koto. The houses will be different, and in different locations.”

WE'RE SO HAPPY TO HAVE YOUR PROPERTIES AS PART OF BOUTIQUEHOMES. WHY DID YOU FEEL IT WOULD BE A GOOD FIT FOR YOU?

MP: “There’s a continuous pursuit of uniqueness at hinter, and we feel that BoutiqueHomes is a partner that pays particular attention to those values. It’s a place where special, unique, and rare gems can be found. We are proud to be part of such a collection.”

Based on what they’ve already created, we can’t wait to see what comes next for hinter. To explore their vision, click here.