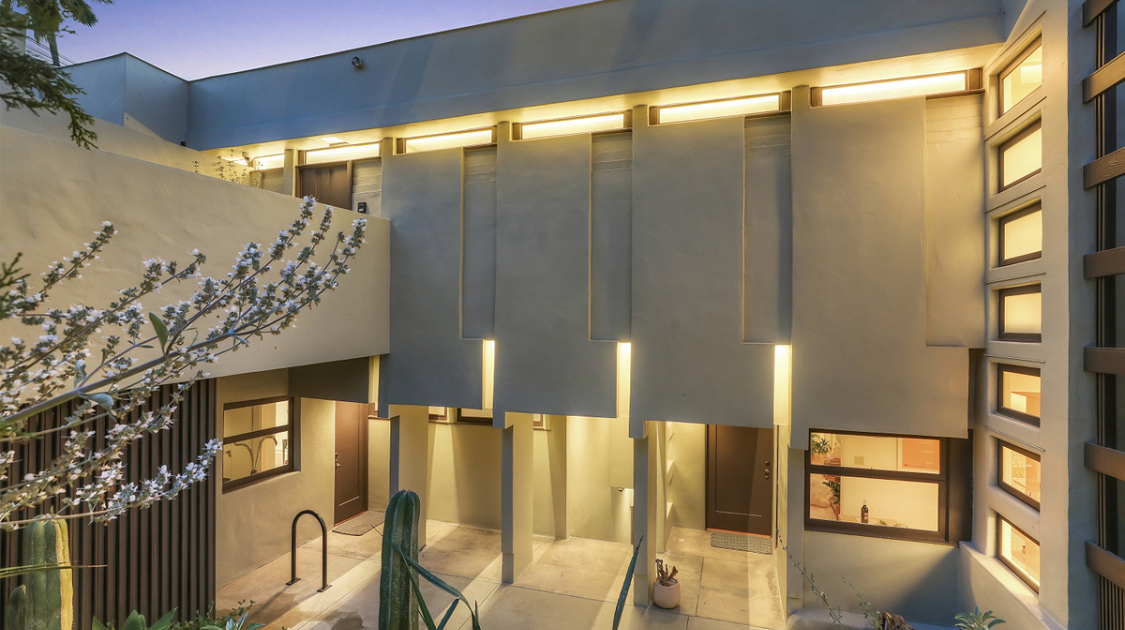 It’s one thing reading about homes designed by legendary architect Rudolph Schindler but a whole different experience living in them. Schindler is one of the fathers of Modern architecture in Southern California and, although his work was largely overlooked in his lifetime, it went on to become part of the iconography of Los Angeles. As most of his works are private homes, it is rarely possible to visit them. However, we are honored to have several in the BoutiqueHomes collection. 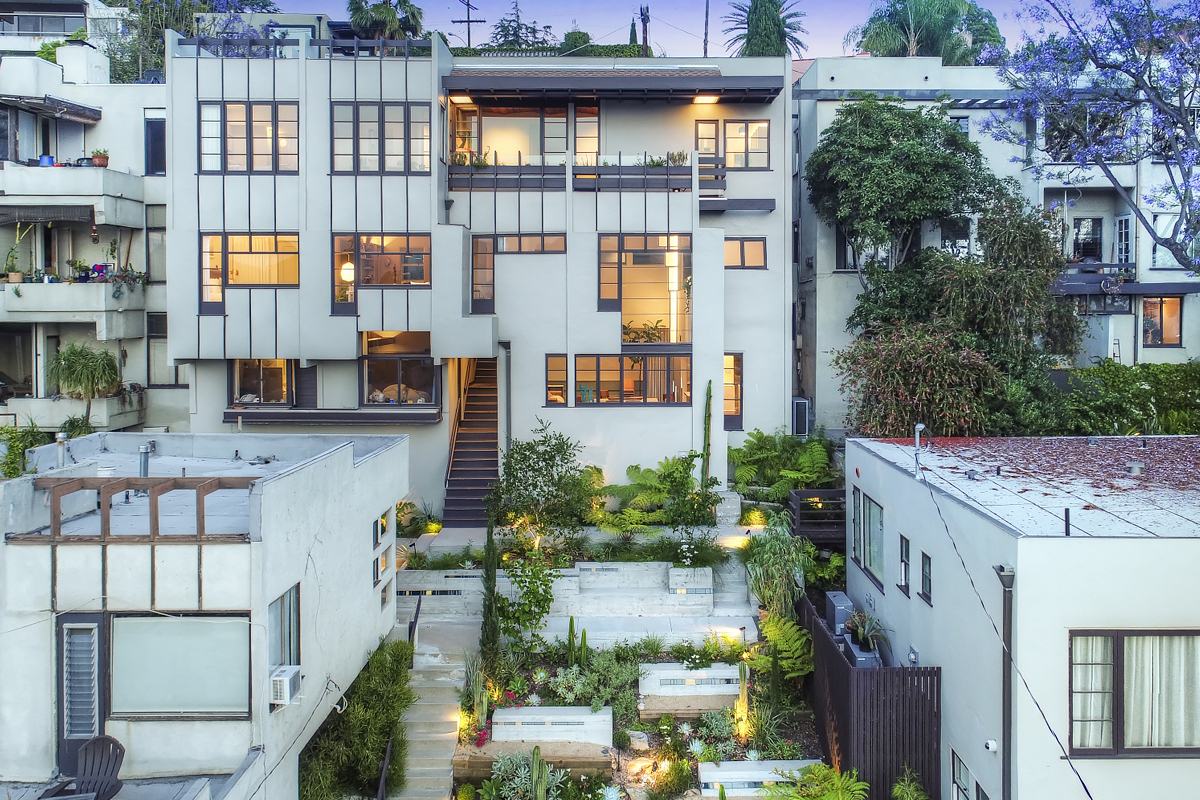 His is a fascinating story that began in Vienna in 1887. As a young man, Schindler studied the ideas of the Austrian avant garde like Adolf Loos, who railed against architectural ornament, and Otto Wagner, who believed function, material and structure (rather than historical styles) should be the source for architectural form. He brought these influences with him when he moved to the US in 1914. Four years after arriving, he started work with American master architect Frank Lloyd Wright at his studios in Taliesin, Wisconsin.

It was a relationship that had a profound effect on Schindler’s work. In 1920, when Wright sent Schindler to Los Angeles to oversee his most important commission at the time (a design for oil heiress Aline Barnsdall, Hollyhock House in East Hollywood), Schindler fell in love with the climate, light and natural beauty of the state.

It was boom time in Los Angeles, and the architect decided to open his own practice there. Now known as the Schindler House, the structure on Kings Road in West Hollywood is made up of concrete and redwood, and features radical integration of interior and exterior spaces. The house became a mecca for left-wing luminaries in the city, with constant social gatherings at all times of day and night.

In total, Schindler designed about 500 projects, of which around 150 were built. Early homes were concrete structures, most notably the Lovell Beach House, which was completed in 1926 in Newport Beach, a precursor to post-war Brutalism and in many ways considered Schindler’s most important work. However, concrete proved too costly, and Schindler moved onto wood frames with stucco and plaster “skins”.

Most of Schindler’s LA projects were single-family homes, often built on challenging hillside lots. The most noted of these is the Kallis House in Studio City, completed in 1946 on a dramatically sloping lot. One of his personal favorites was the tri-level Tischler House in Westwood, completed in 1949 three years before his death. Schindler also worked on multi-family units like the Laurelwood Apartments in Studio City and the Bubhesko Apartments in Silver Lake.

The Schindler House, now home to the MAK Center for Art and Architecture, LA, hosts events and offers tours. However, if you’d like to stay the night in an original Schindler, experience the striking architectural details, light and vistas up close, we have four on BoutiqueHomes. 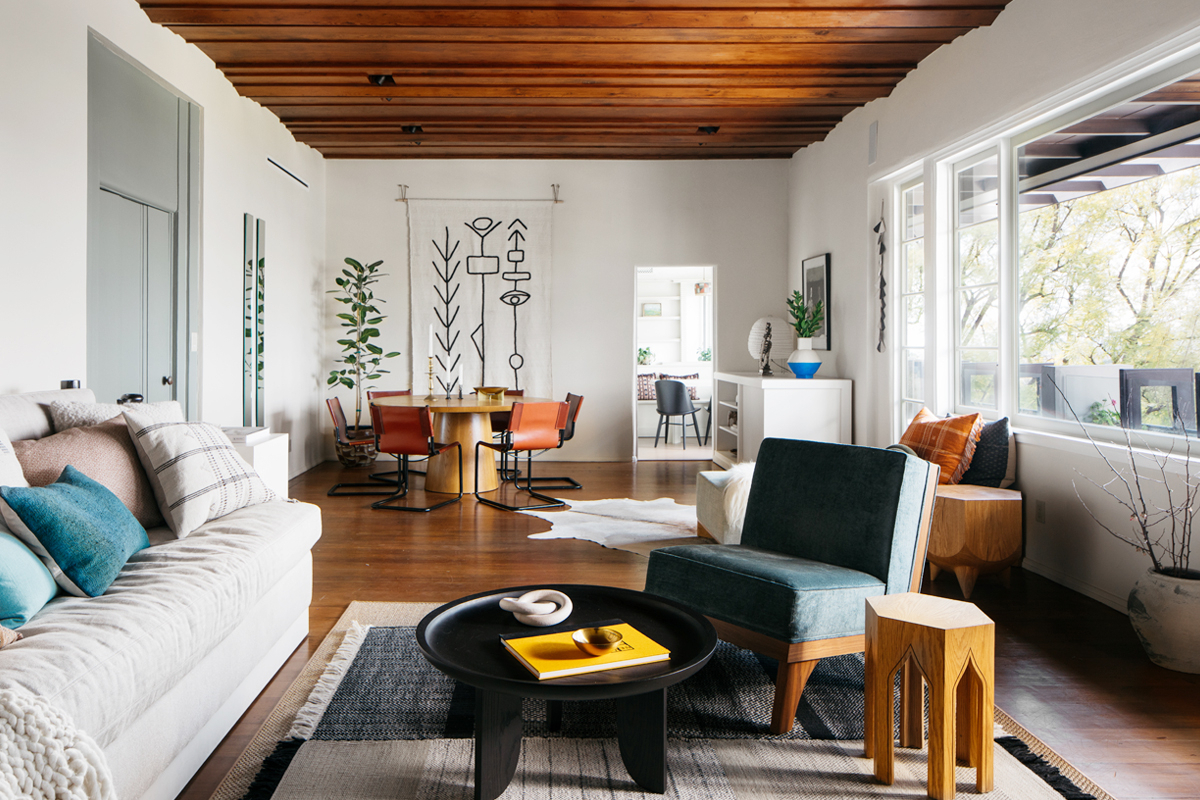 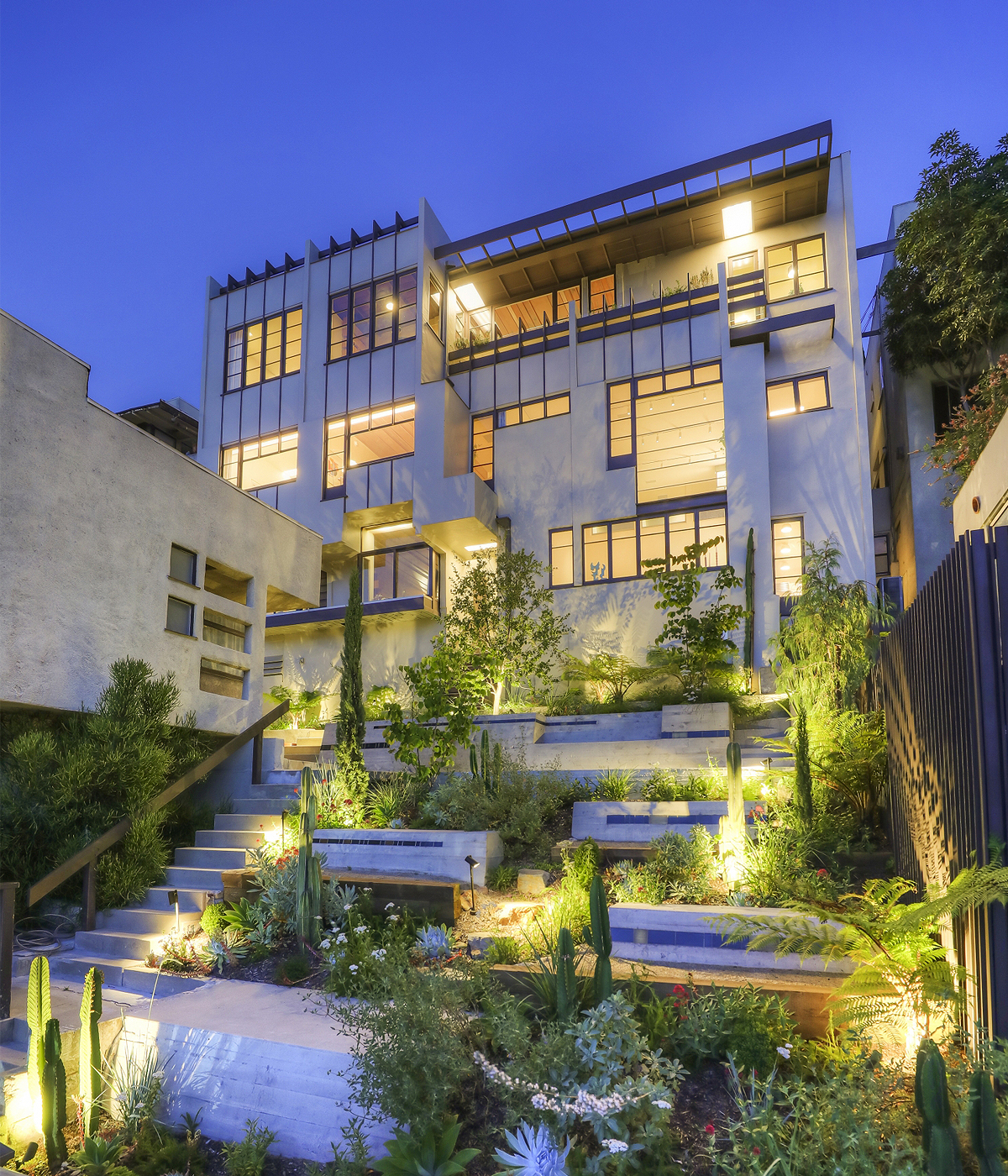 We are huge fans of Manola Court, a Schindler apartment building in Silver Lake, built for his friend Herman Sachs, a Romanian-born muralist and decorator who wanted it to be a gathering place for arts and entertainment. In 2015, three of the apartments were restored honoring Schindler’s original design. The cabinetry, finishes and Schindler-designed furniture were carefully researched and, wherever possible, restored or re-created. The spaces are available for events, as Sachs intended. 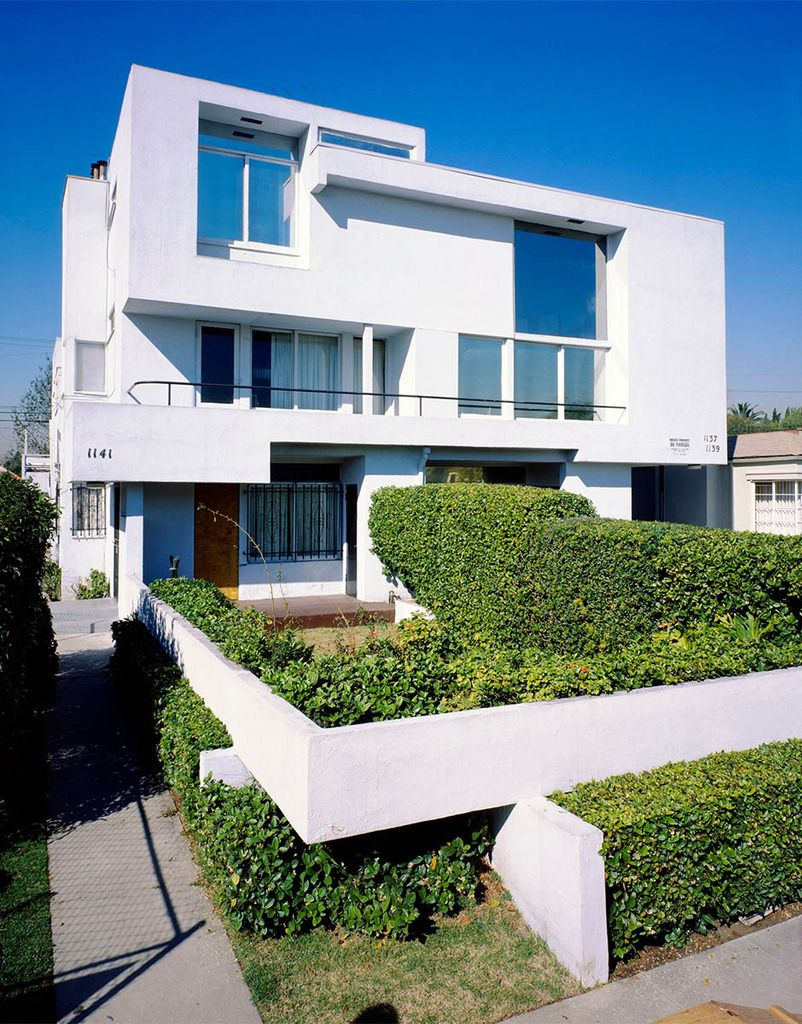 Alternatively, book at stay at the Mackey Penthouse, the top floor of a group of 1939 apartments in Mid-Wilshire. The compact layout, utilitarian use of built-in furnishings, incorporation of natural light and variable designs characteristics are all hallmarks of Schindler’s work. This penthouse is the largest apartment in the building and laid out over two floors. The cantilevered dining mezzanine is on the second floor along with a fully-equipped kitchen, two bedrooms and a separate study, all with marvelously framed views of Los Angeles.

Staying in a Schindler home is a great way of gaining a new perspective on the architect’s adopted city, and we highly recommend it. To book one, click here. Read a conversation with Manola Court’s owner, Paul Finegold, here. For more architect-designed homes on BoutiqueHomes, browse our collection here.