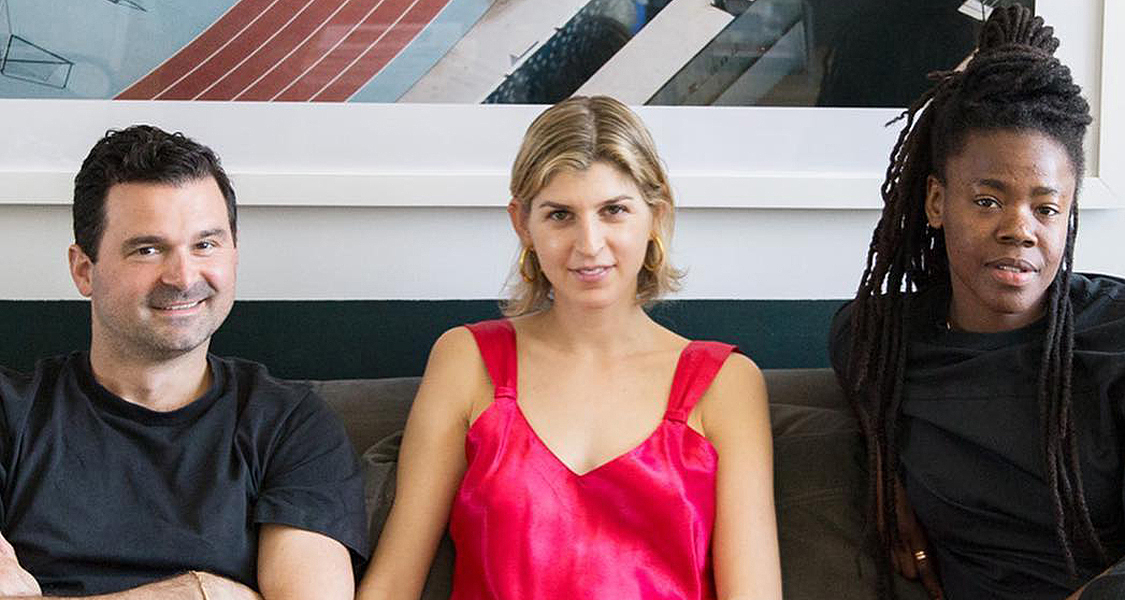 Four years ago, Brooklyn-based Jenny Kaplan, who worked in visual merchandising and designed interiors on the side, noticed that she was spending all her time researching pieces that didn’t exist. To fill the gap, she began making bespoke furniture, rugs, and objects for her clients, and in 2017, decided to do so as a full-fledged company called, befittingly, Pieces.

Kaplan’s partners are her husband Chris Corrado and their friend Taisha Coombs (Taisha and Chris came from the fashion world and worked for Capsule Show, Kaplan also did window displays for Ann Taylor and Levi’s) and together, the three have created a lexicon of shapes and forms that are reminiscent of Ettore Sotsass’s Memphis Group, though Kaplan says that her childhood memories of her grandmother’s home in Palm Beach is a major reference point for Pieces. “Palm Beach has such distinct and colorful aesthetics,” she says.

Since 2019, Pieces has also been a shoppable residence in Kennebunk, Maine, where you can try living with the pieces before you buy, between relaxing on the beach and eating lobster rolls in one of New England’s most charming towns.

“A shoppable concept was always baked into the plan of Pieces,” Kaplan says. She and her business partners found the home in December of 2018: a 3,000 square foot, barn-red, historic property that was built in the mid-1800s. 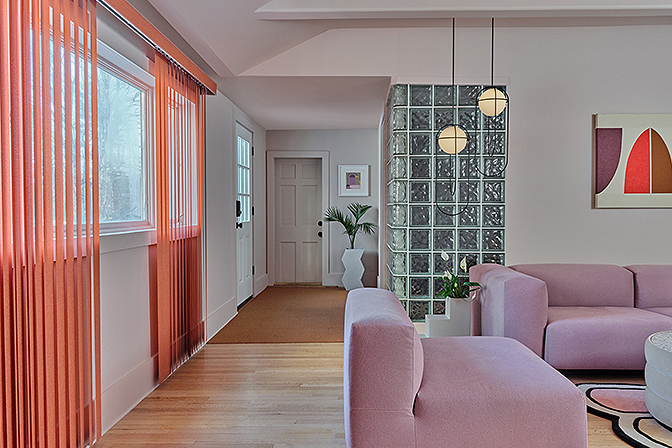 Because Pieces sells mostly online (and in a small selection of retail stores), the rental essentially doubles as their first official showroom. “It’s everything in one. Rather than spending money on a big studio in Brooklyn, we saved up for the down payment on a house instead,” says Kaplan. “We thought that having the opportunity to stay at our house and walk on our rug with bare feet and eat at our dining table, would be a really cool way for people to interact with our products and live with them.” 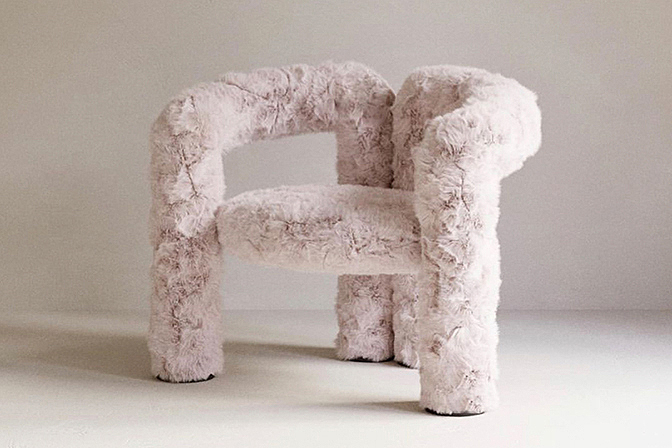 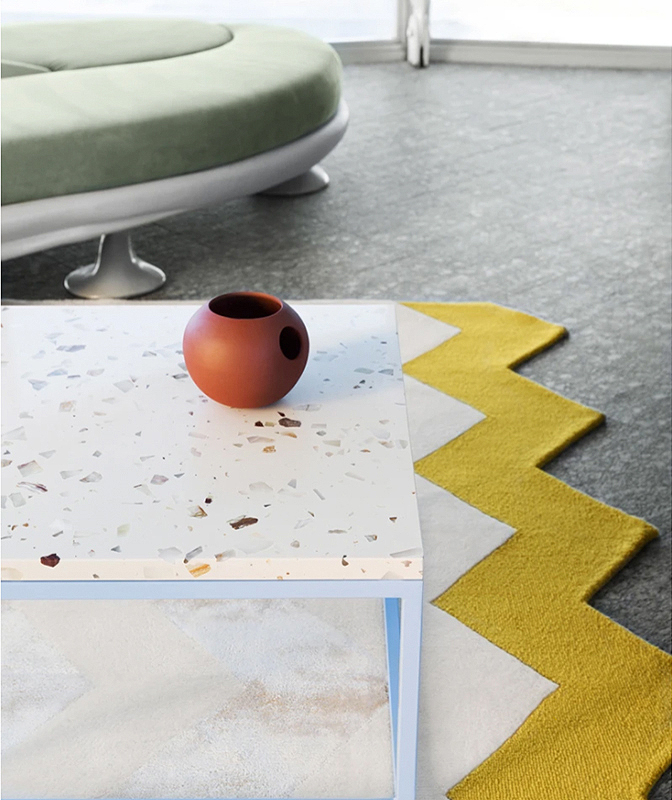 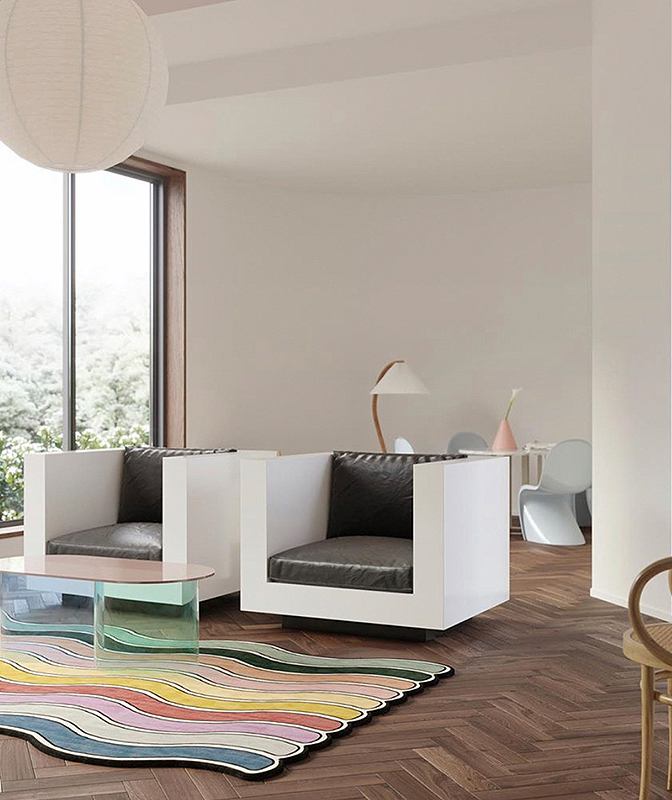 Of course, some luck and intention went into the process. For one, the home returns both Kaplan and Corrado to their Maine roots: he grew up in Kennebunk, and Kaplan grew up in Elliott, three towns over. Also, Chris’s brother is a contractor, so they knew their greenness in construction would be trustfully guided.

Their creativity flourished from there. First, they gutted most of the home, raising several ceilings and knocking down a wall that divided the kitchen and dining room, while adding one made of glass blocks to create a fourth bedroom. This was a doubly strategic design move: this room had no windows, but now received filtered light from the sunny living room. They also carved out a shower upstairs to give the home two full baths. 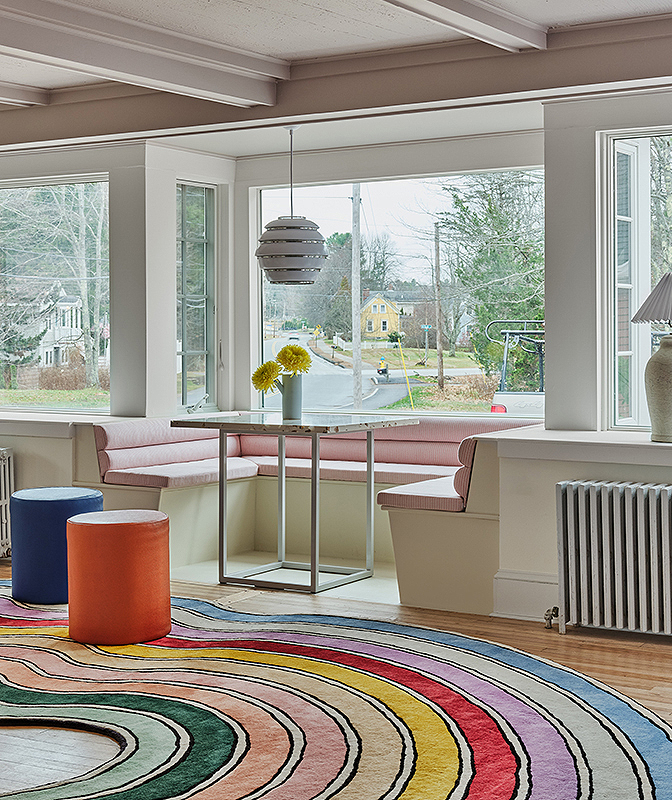 A wavy, u-shaped rug that looks like a Skittles rainbow winds through the living room like a kid’s train track, another one that leads you upstairs is rainbow ombré. The ombré runner made Kaplan nervous, but now she says it’s one of the highlights of the house.

For the art, the trio collaborated with their friend Karl Hab, a Paris-based photographer, for a print in the queen bedroom downstairs. They also partnered with Uprise, a New York gallery that Kaplan had a relationship with after buying a Ward Roberts print for Chris’s birthday years prior. Half the original art works that were in the house have sold to guests. 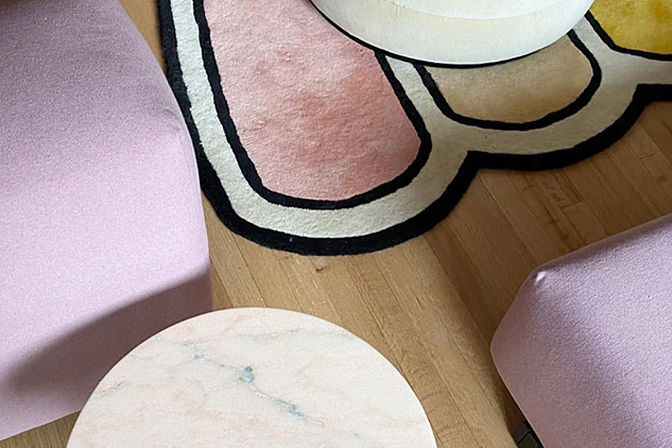 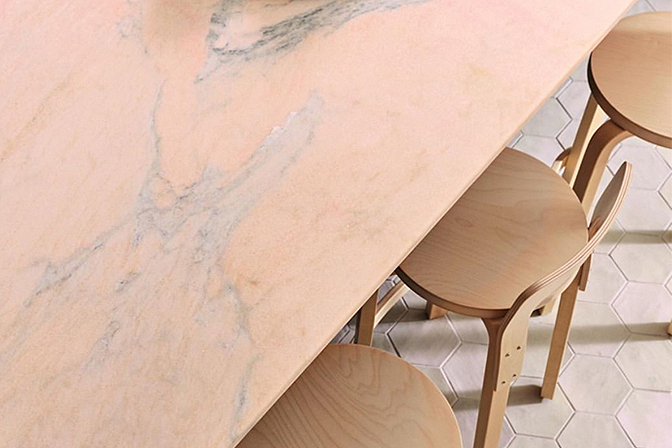 Just as Pieces was created to fill a gap, it can’t design everything (yet). And so, much like the art, other brands are brought in to fill in the home’s missing components, whether it be a sofa or shampoo. And each choice tends to be born from a preexisting relationship. “We were very strategic on who we decided to partner with,” Kaplan says. “We really wanted to make sure whoever we brought on as a partner, their brand aligned with Pieces.” The furniture by Vitra is just one example: Kaplan had met the president of North America for Vitra through a photographer friend who had shot the lookbook for the house. Vitra was the perfect fit for us to partner with.” If there wasn’t a relationship before, they went with brands they admired, such as Le Labo and Boy Smells. 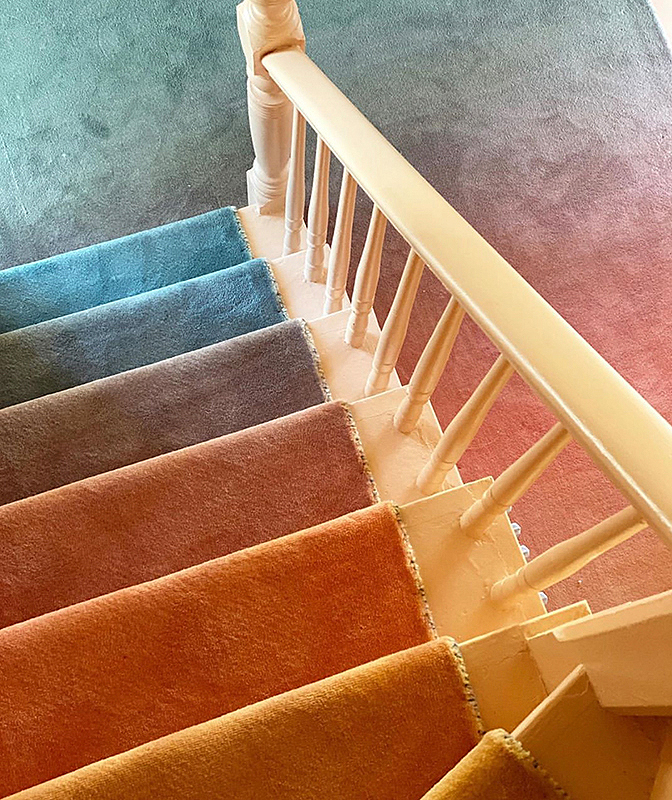 Strolling by this house on Summer Street, where there are ten exterior paint choices for historic preservation reasons, you couldn’t imagine what was inside unless you peeked through the window. “I think at first, our neighbors were confused,” Kaplan laughs. “They probably thought, ‘Who are these people? They don’t look like they’re from here’, even though Chris and I actually are, originally.’ ” She says her neighbors have warmed up to it. “Our next-door neighbor, who is super particular, loves us now.” Perhaps Maine was also missing something, and the Pieces home is the exact fit.

To book a stay at the Pieces home, click here. 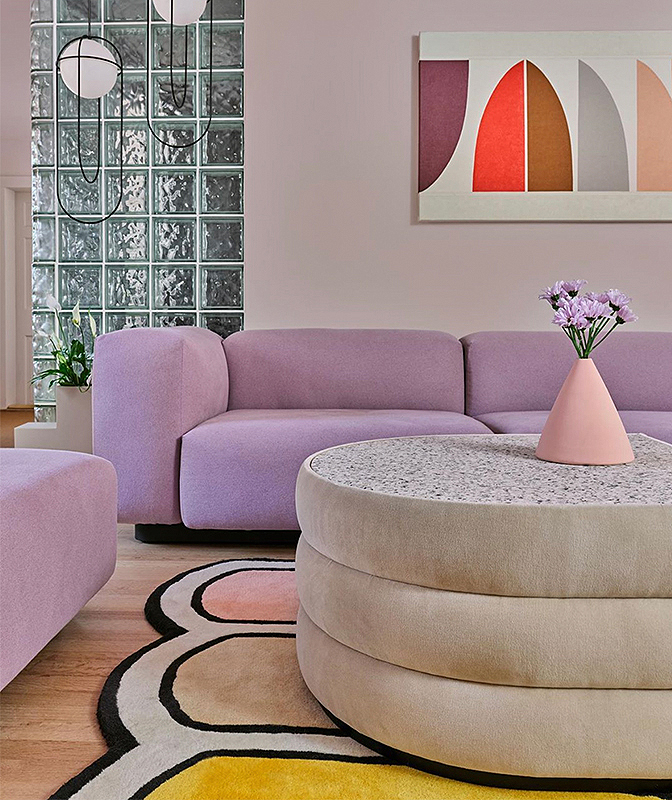