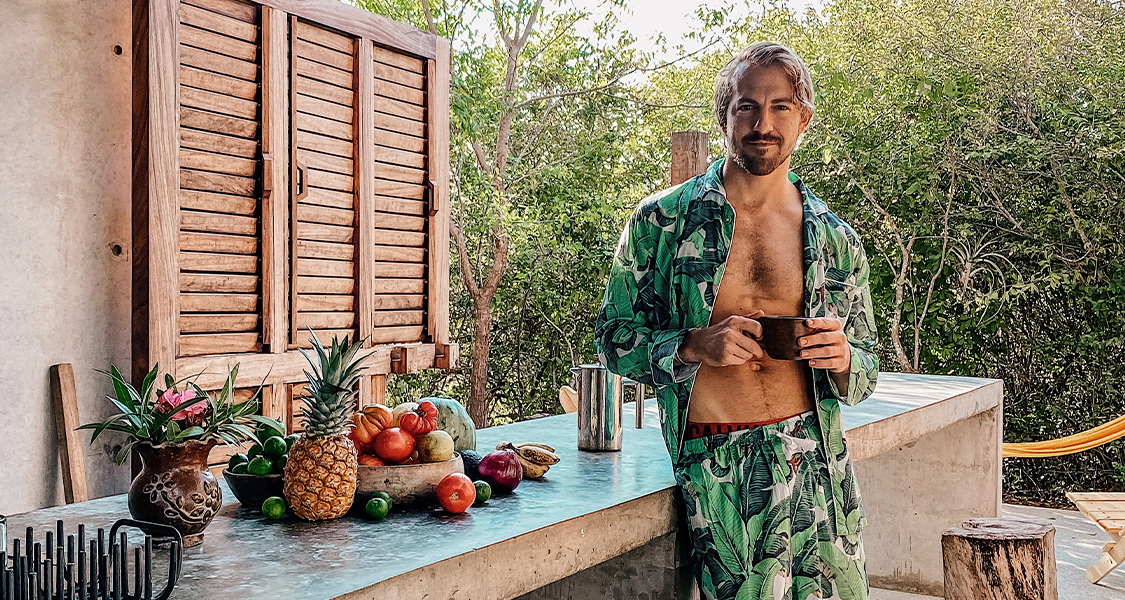 One of the best things about being a wizard behind the curtain at BoutiqueHomes is when a guest loves a home as much as a destination. That's what happened to Patrick Janelle (a.k.a. @aguynamedpatrick). He found out about us, saw photos of La Casa Pequeña, and says, "It was the first time that I booked accommodations instead of going to a place and then figuring them out."

Janelle lives in New York City and was a graphic designer for Bon Appétit magazine. He also founded a cocktail recipe app and ran a pop-up dining experience that infused performance and food and chef collaborations in raw spaces around Manhattan.

In 2012, Janelle joined Instagram, and all of his interests fused into a well-formed grid with him as the star. We chatted with the arbiter of style about his humble beginnings, love of design, and his recent stays at La Casa Pequeña and Casa Orgullosa. 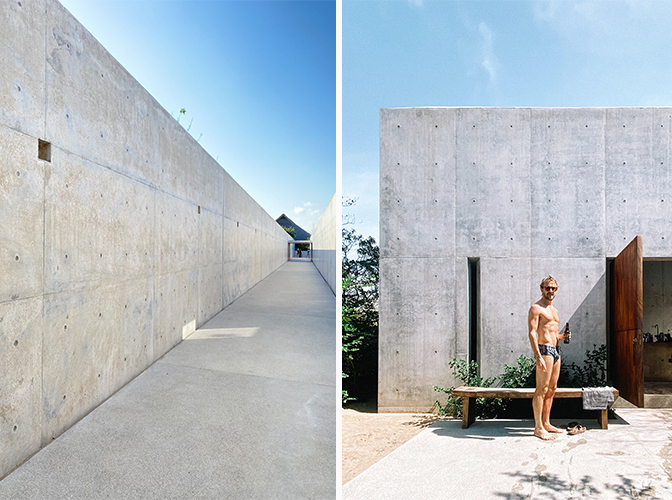 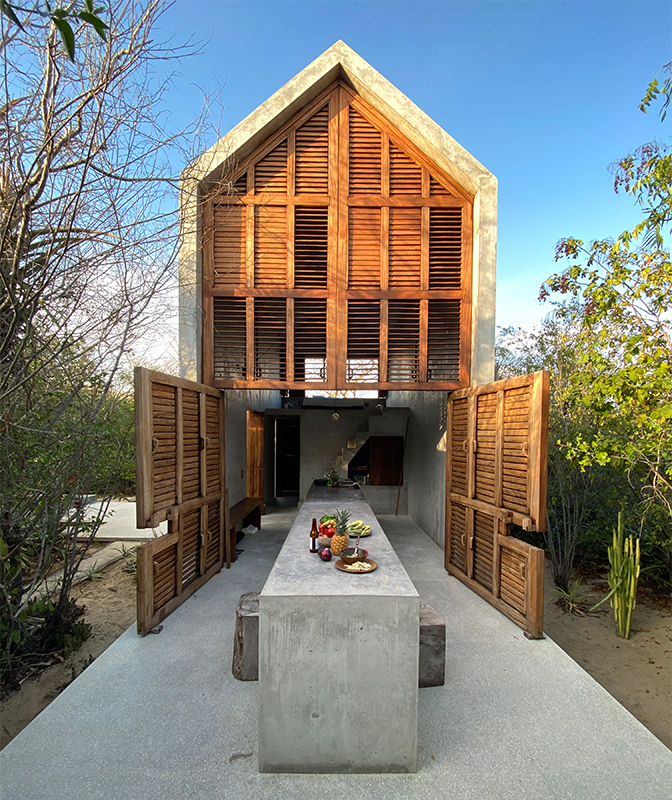 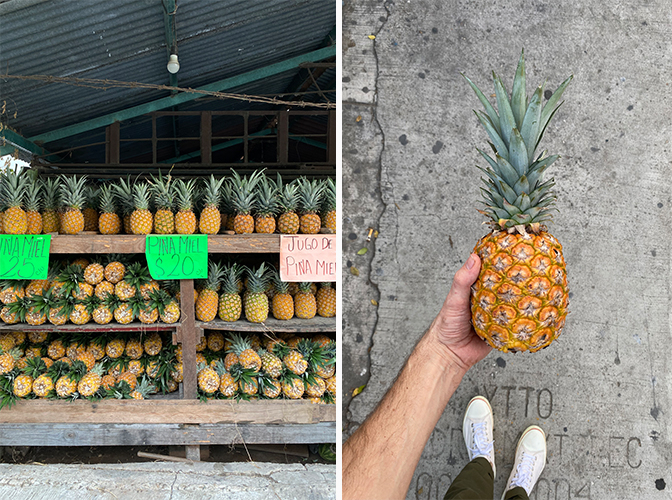 LOOKING BACK, WERE THERE INDICATIONS THAT YOUR LIFE WOULD TURN OUT TO BE FULL OF SO MUCH TRAVEL AND ADVENTURE?

Patrick Janelle: “I grew up in a fairly small town – Fort Collins, Colorado – nestled into the foothills of the Rockies. There was a natural inclination and a supportive culture around being outside. My family was always riding bikes and going on hikes.

Even when I was eight, I flexed my independence within the bounds of a few square miles. I'd bike to the grocery store with a friend and fill up on frozen yogurt that we'd get for free by refilling the sample cups. I was always exploring.

“In high school, I discovered Wallpaper Magazine in my hometown grocery store - a fluke. Because it fused fashion and design and travel, it was a real eye-opener for me in terms of the things that were going on in the world that I didn't know about or have access to. I started thinking about what my world could become.” 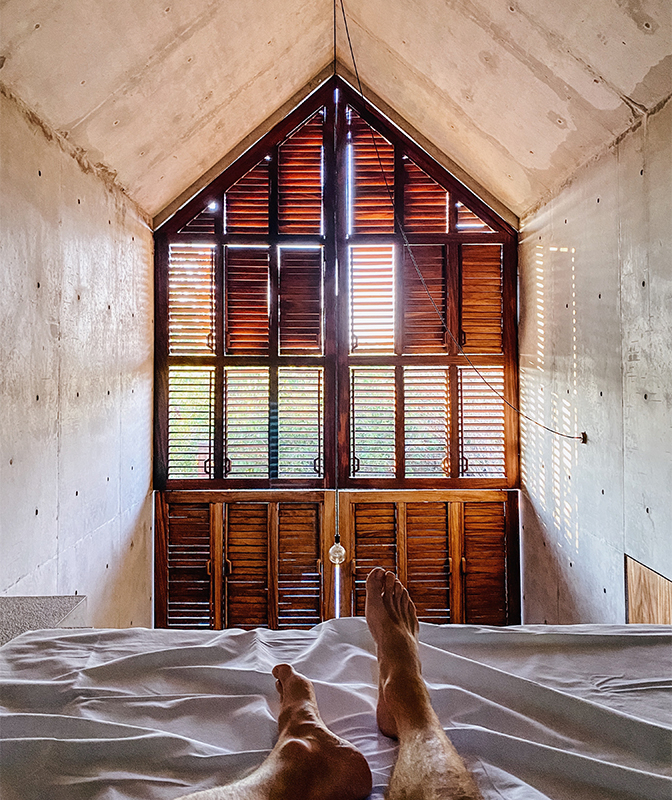 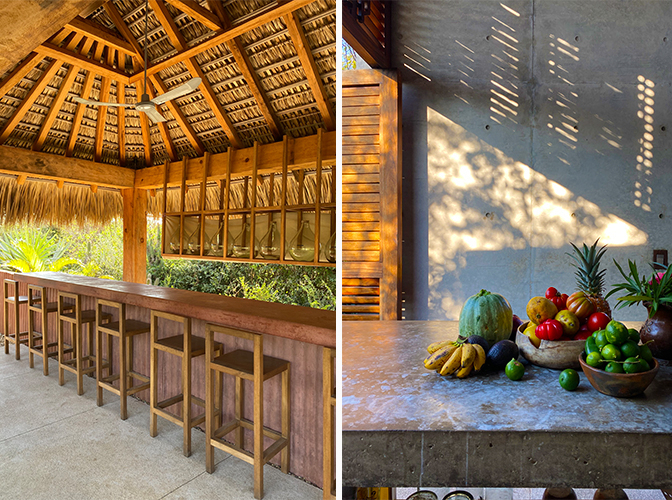 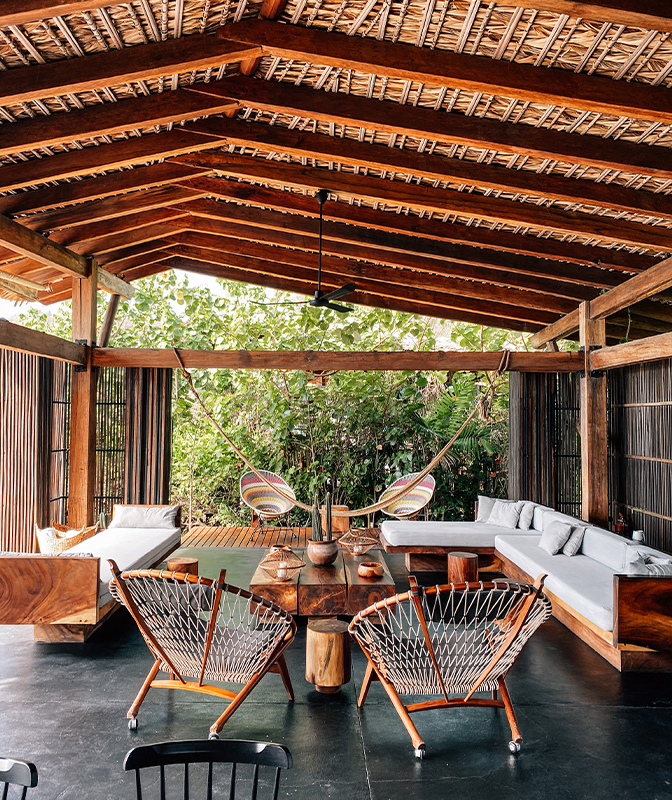 HOW WERE YOU ABLE TO BREAK OUT OF YOUR HOMETOWN?

PJ: “A few great American road trips. I had a friend in Salt Lake City and we'd drive up to Park City and crash Sundance parties. And then I took a break from college and moved to Aspen for a couple of years and worked at a hotel. That was my first taste of culture on another level. I dove into the world of food, adventure and culture. Then I lived in Frankfurt for a couple years before New York.”

WHAT BROUGHT YOU TO MEXICO FOR THE TRIP IN WHICH YOU STAYED AT CASA TINY AND CASA ORGULLOSA?

PJ: “Midway through the pandemic, it was summer and restrictions were loosening. I thought I could travel a little bit more, but I wanted to do so in a way that was conscientious and safe.

“For me, that meant booking places I had to myself and being able to work remotely. That's when I discovered BoutiqueHomes and I was so excited by the curation that I went on a booking spree, covering the course of six months. It was a time for me to take things back into my own hands and travel for myself.

“So that's exactly what happened with La Casa Pequeña. I saw the place and I was instantly in love. And it was available in January so I booked it.

“I also have a growing love and excitement for Mexico in general and Puerto Escondido is an area that I had wanted to visit.”

YOU'RE VERY DESIGN, FASHION AND DETAIL-ORIENTED. WHAT SPOKE TO YOU ABOUT TINY AND ORGULLOSA?

PJ: “With La Casa Pequeña, it's not a pampering experience. It's very simple and quite rustic actually, but the design and the thoughtfulness is there, and the result is jaw-dropping. Everything has an intent and a purpose, whether that's to just create the structure or to build out a place to sit or a surface on which to put things. There's a lack of any ornament.

“With Casa Orgullosa, I think the most successful Brutalist architecture is when the nature around it softens and allows it to become part of the world around it. I like tropical places that are juxtaposed with large blocks of intense materials.” 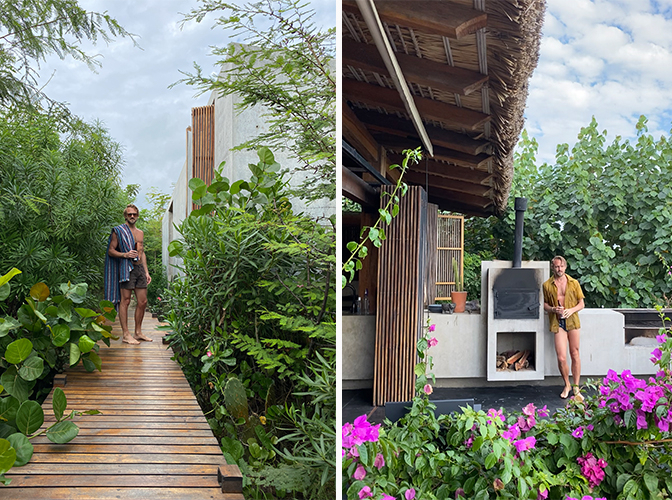 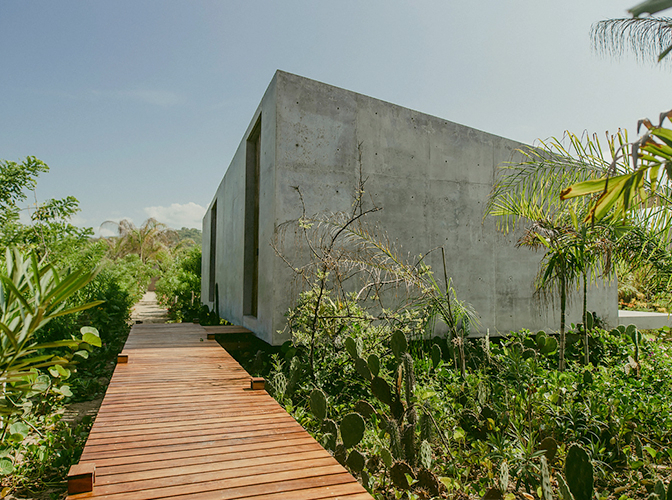 PJ: “I did meet a few people that are now friends at the restaurant Kakurega Omakase. They invited me to the beach for a bonfire, then I had them over one day for margaritas. It was really fun to have people over and entertain at La Casa Pequeña.

“I was walking home one night and got this overwhelming, grateful feeling, thinking, ‘This is why I travel. So that I can connect with people in a way that you don't get the chances to when you're just trying to keep up with work.’ ” 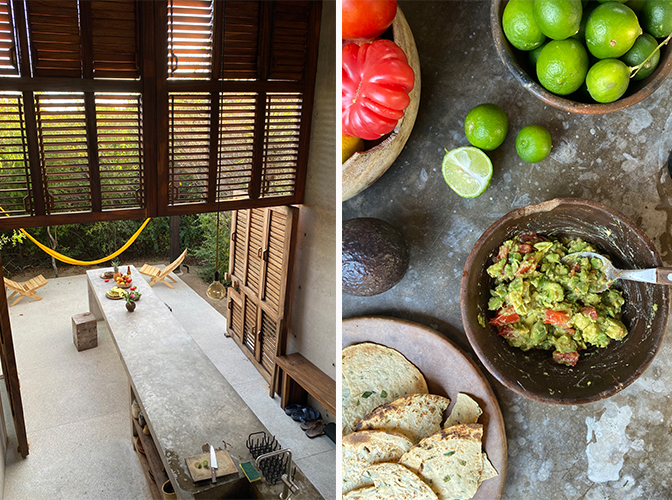 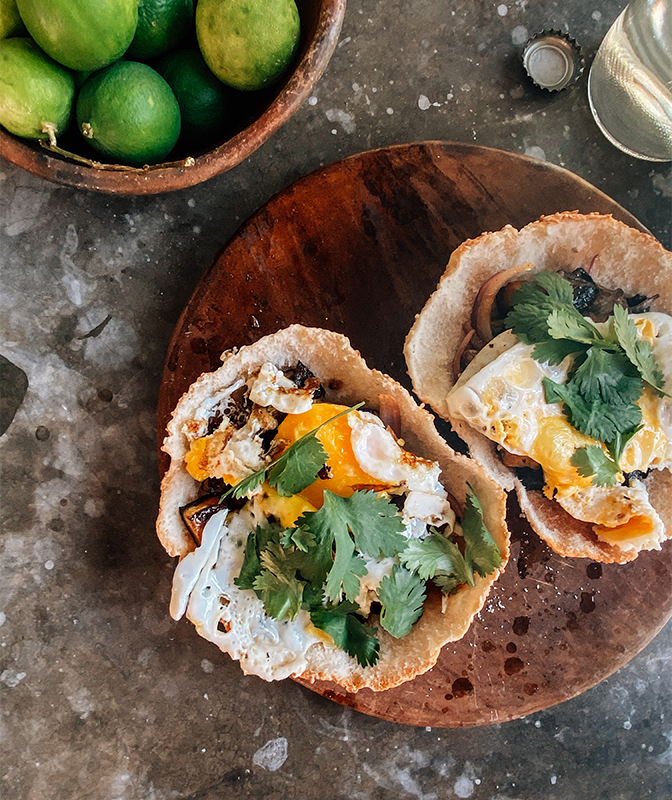 WHAT DO YOU LOOK FOR WHEN CHOOSING A VACATION RENTAL?

PJ: “It really comes down to a certain thoughtfulness of a particular owner or person who runs a property and how they specifically put together the elements of design, comfort and added moments of delight. And that can look totally different from property to property.

“Maybe it's the products they stock in the bathroom, or they've created a guide for you to their neighborhood, because they ultimately are as excited to be sharing their place. The way that they express hosting and entertaining is the same way that I love receiving it.” 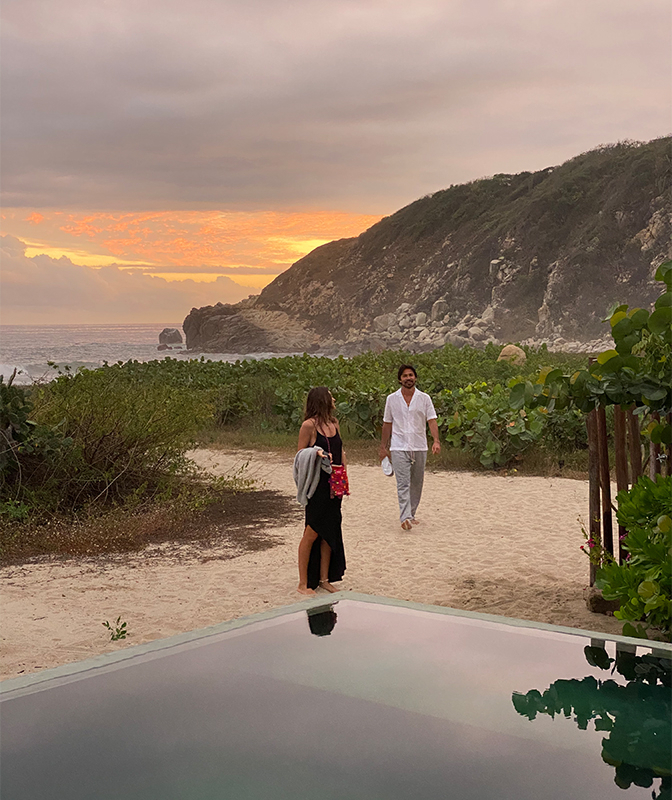 ANYTHING FUNNY THAT HAS HAPPENED IN YOUR TRAVELS?

PJ: “Yes! About five years ago, I was in the Cancun airport, this woman came up to me and said, ‘Excuse me, are you Patrick? I follow you on Instagram.’ When I told her I was going to Mexico City, she said, ‘Oh my gosh, we live in Mexico City and we have a coffee shop. You need to come.’

“Then she said it was actually the third time she'd seen me! She once told her husband Jeremy that she saw me in Chicago, riding by on a bicycle, and he said, ‘No, he's in New York.’ That was because I hadn't posted from Chicago yet. But later that day I did. And she said, ‘See, I told you! There was one other time they'd seen me from afar and it ended up being me.

“So I went to their coffee shop in Mexico City, and spent some time with them. Every time I go to there now, I see them. It was truly organic, and the best case scenario of what Instagram can create and present to you.”

WHAT DO YOU RECOMMEND GUESTS DO IF THEY STAY AT CASA TINY OR ORGULLOSA?

PJ: “Visiting Casa Wabi is a must-do. Go to see sunset over Playita. And at Cobarde Bar they have a coffee service in the morning. It's very limited, but they have wifi and it is the place to go for a little ‘work remotely’ scene.

“And the chef at Cobarde Bar does a really lovely, very simple, three-course dinner, but you absolutely must have a reservation because the menu changes based on what is available at the market and what he wants to make.

“And a dinner at Kakurega Omakase, which is Japanese and Mexican, but I find is pretty straightforward Japanese, with a Japanese chef.” 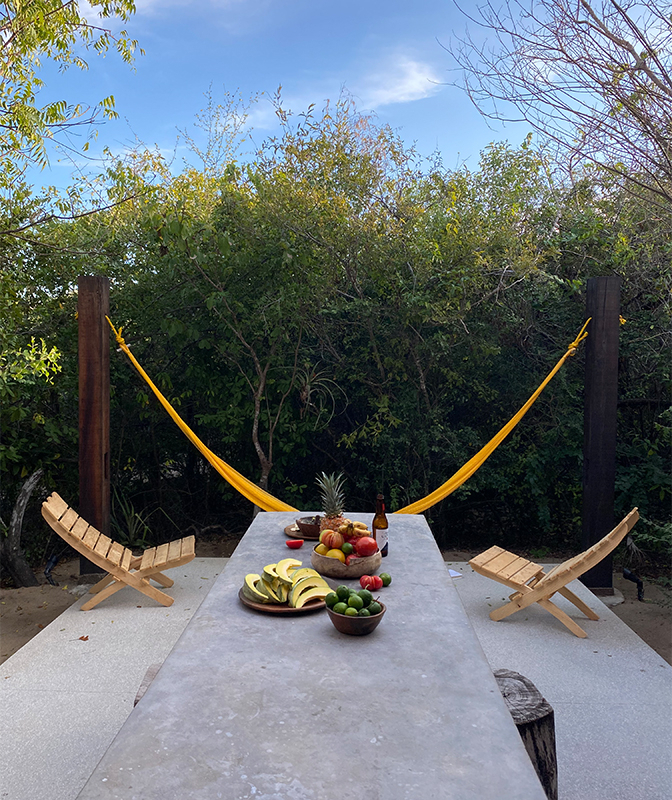 WE IMAGINE YOU HAVE AN EXCITING BUCKET LIST. WHERE ARE YOU OFF TO NEXT AND WHAT BECKONS YOU THERE?

PJ: “I'm about to do a trip to Marin County and Sonoma. I'm taking my bicycle with me so I can have some long rides in the warm weather. Then I'm going to Jackson Hole for a ski and snowboard team retreat.

“I love so many places in the United States that are beautiful and interesting and should be paid attention to. It's been nice to like focus on that for a little while.”