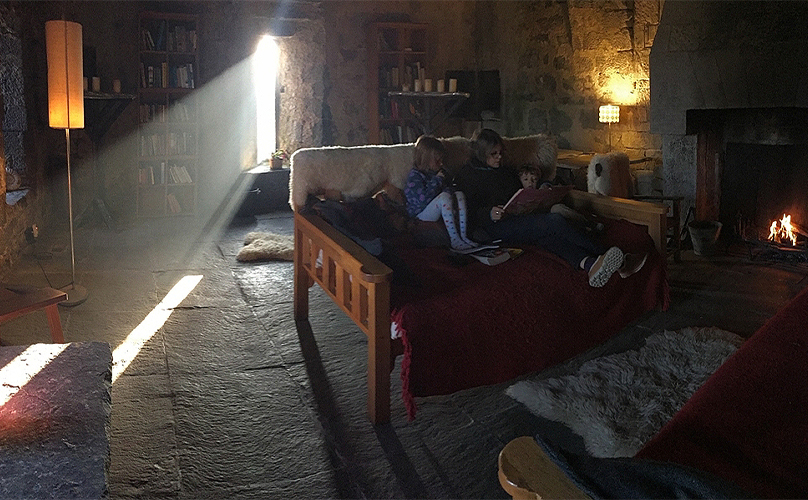 When Jill Cordes wrote to us describing herself as a ‘die-hard BoutiqueHomes fan’, we were of course delighted. And how could we resist reaching out to her to find out more? Jill has traveled extensively, both personally and professionally. As host of the Food Network’s award-winning show The Best Of for six years, she scoured the United States for superlative food, restaurants and trends.

For someone with wanderlust, it was a dream job. She followed that with two years at the helm of HGTV’s My First Place, where she went across the country helping homeowners renovate their homes.

Off-camera, she’s climbed Mount Kilimanjaro with her 64-year-old aunt (who beat her to the summit) and explored the wilds of Mali with her husband. These days, she has two young children – so the focus of her adventures has shifted slightly. But only slightly… trips with the kids in tow include faraway places like Sri Lanka and New Zealand.

Since discovering BoutiqueHomes, Los Angeles-based Jill tells us it’s where she starts her journey planning, sticking a pin in the map to see what she finds, and bookmarking homes for future trips. Which, funnily enough, is exactly what we hoped people would do.

Here, Jill tells us about her travels, including her family’s visit to an unusual historical home in Ireland. 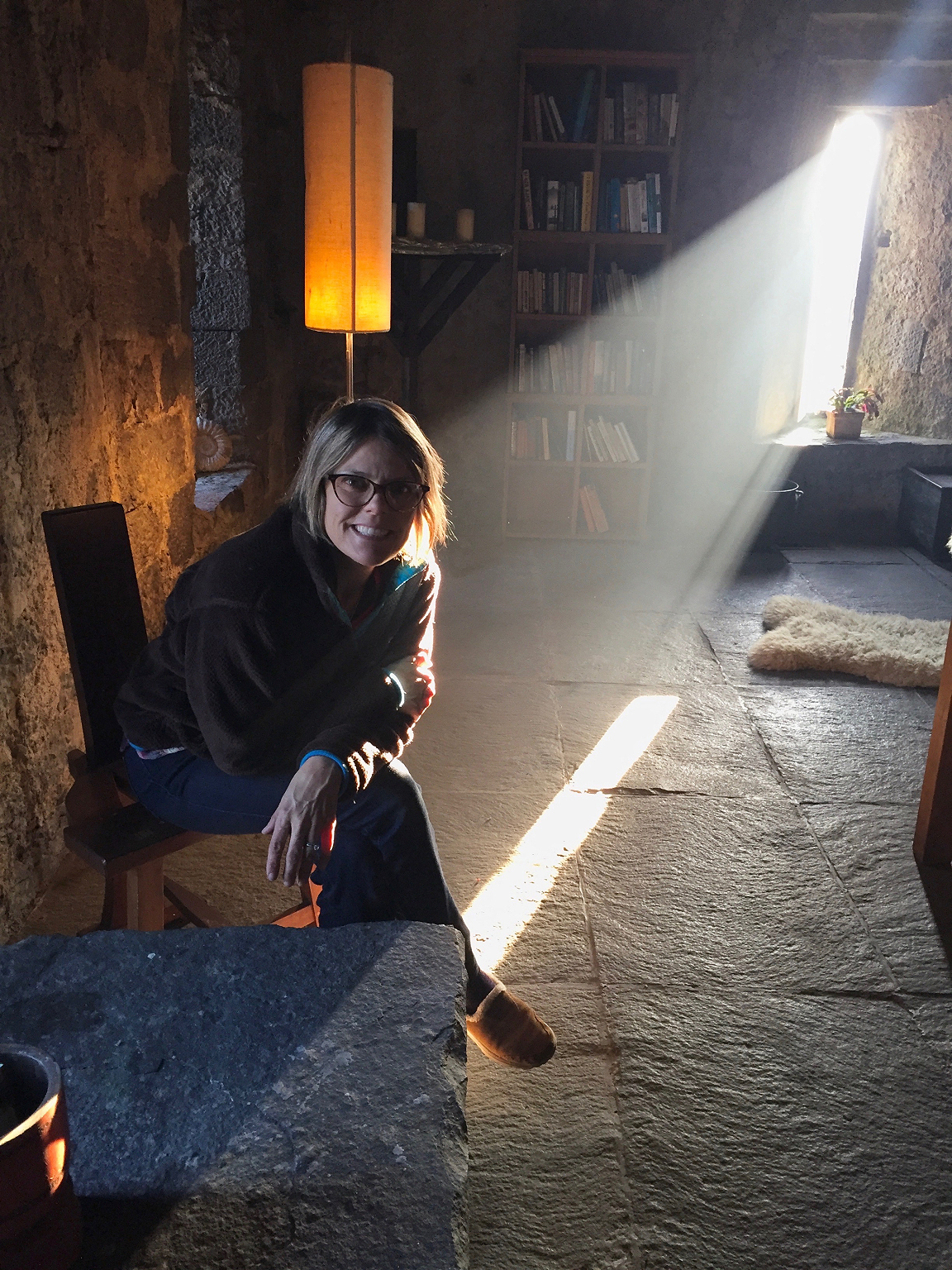 HOW DID YOU DISCOVER BOUTIQUEHOMES?

Jill Cordes: “I have no idea – we’ve been using it for so long! Because BoutiqueHomes is more vetted than other sites, when we found it, we just started immediately going to it. In 2014, my husband was like, ‘Hey, I found this castle to rent in Ireland. We should go for Spring Break!’ It was the Ballyportry Castle in County Clare. We went, and it was an extraordinary trip.”

WHAT DO YOU LOOK FOR WHEN YOU TRAVEL?

JC: “We look for places that are off the beaten path, and well done. There’s nothing worse than spending all this money and time, then getting to the place you’re staying and having it not be nice. We run the gamut between modern and cozy, and they have to be unique and interesting. And safe. The kids are younger so they aren’t old enough for a lot of the safari places, or something like Mount Kilimanjaro. But someday…”

WHAT DOES LUXURY MEAN TO YOU?

JC: “I would say luxury is often minimalist, but cozy and rustic. I think of materials like metal, glass, and wood. And there’s nothing worse than going to a rental and finding it full of trinkets that make it feel cluttered and messy. Also nice land. And clean. I’m a clean freak!” 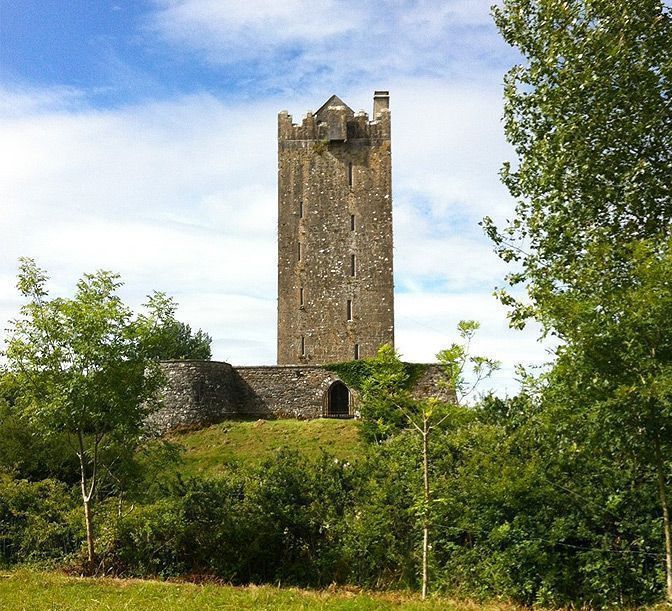 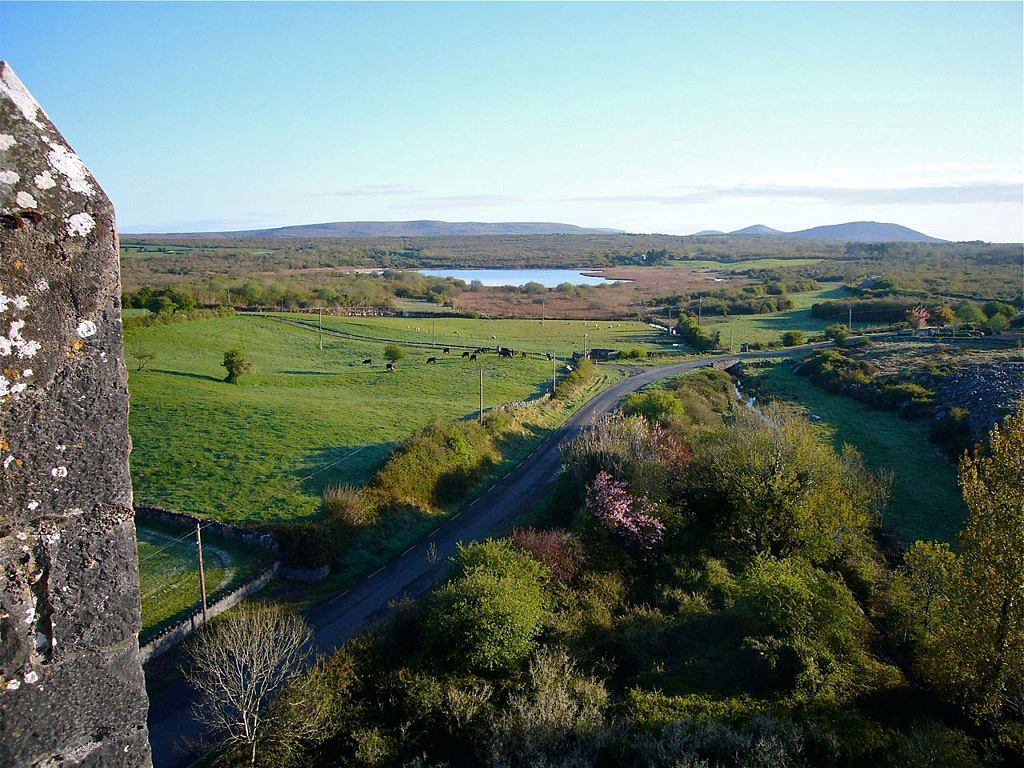 CAN YOU TELL US ABOUT YOUR FAMILY’S TRIP TO BALLYPORTRY CASTLE?

JC: “It was so cool. The first thing we did was walk up to see how many steps there were to the very top. Our son was around four at the time. There were 101. Then we picked which beds we were going to stay in. There were so many bedrooms, we rotated around each night depending on how we felt.

“There was a little town nearby, Corofin, which was really charming – small and not much there, but the sort of thing we like about a place. It’s also in an area called the Burren with rock formations, so we went and scrambled on rocks. We would just get up in the morning and drive, figure out where we were going to go, park and hike and walk, and scramble on rocks.

“One day we went on a cave tour – that was the only organized thing we did, other than visit the Aran Islands off the coast. We had a fire every night in the castle. We played a ton of hide and seek because there were so many places to hide. It was definitely the most unique place we’ve ever stayed. The kids thought it was really cool. They were pretty young, but they still have these amazing memories of it." 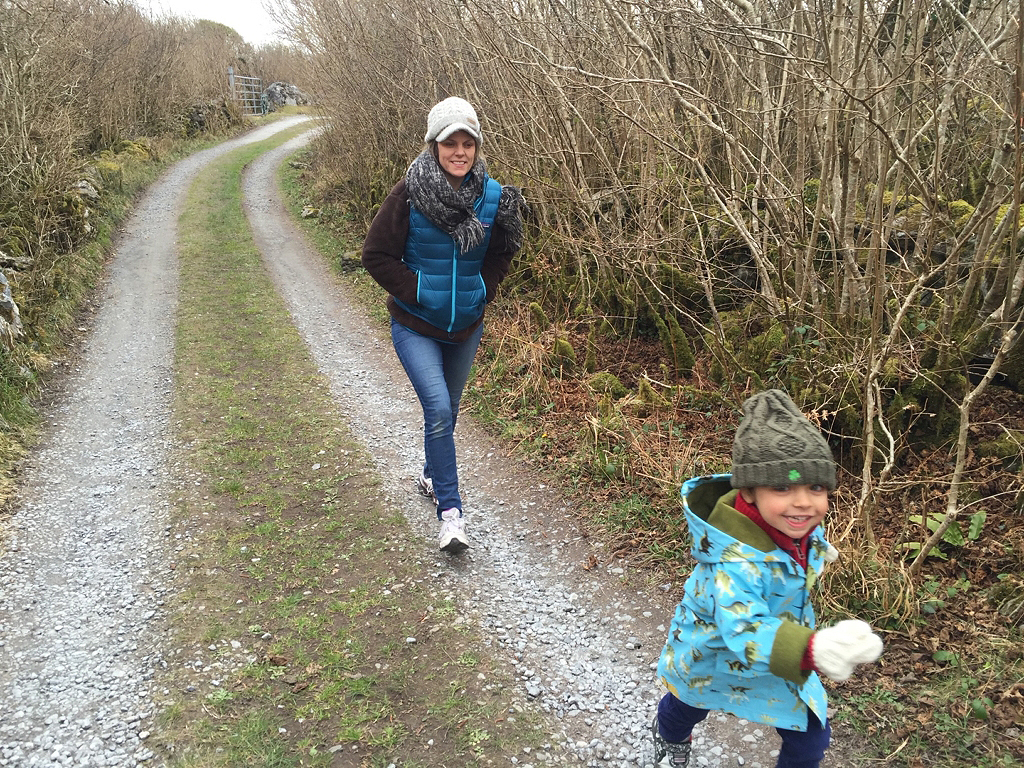 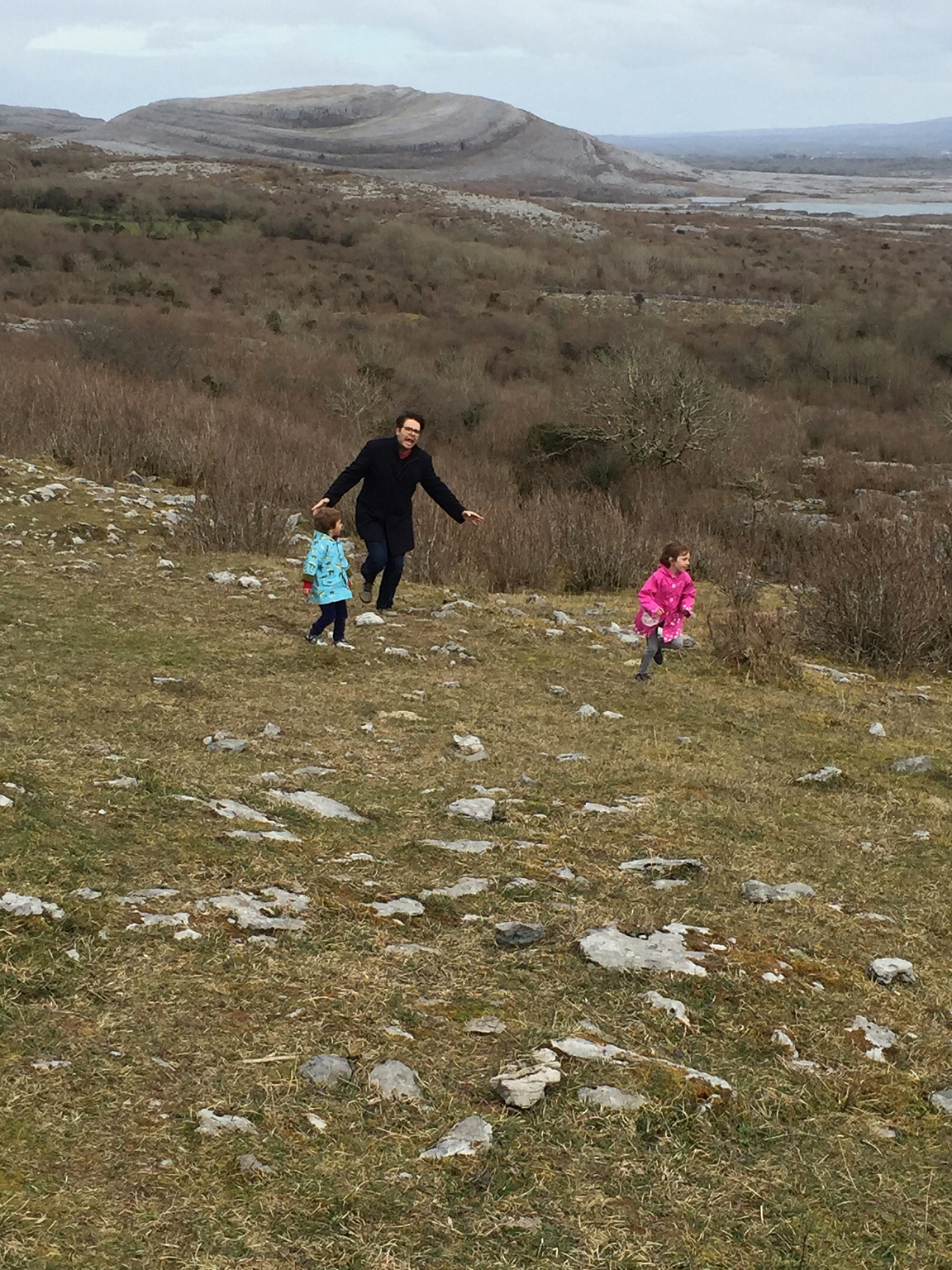 Ballyporty Castle, which dates back 500 years, is one of the best examples of medieval conservation anywhere in Ireland. Set on over five acres on a rugged, rocky outcrop, the property is enclosed by a bawn wall, with a boundary of a small stream to the south. Celebrated in song, poetry and Gaelic lore, this is one of those magical once-in-a-lifetime places that remind you of the timeless nature of history, which will stay in your memory for a long time to come. To book a stay, click here. 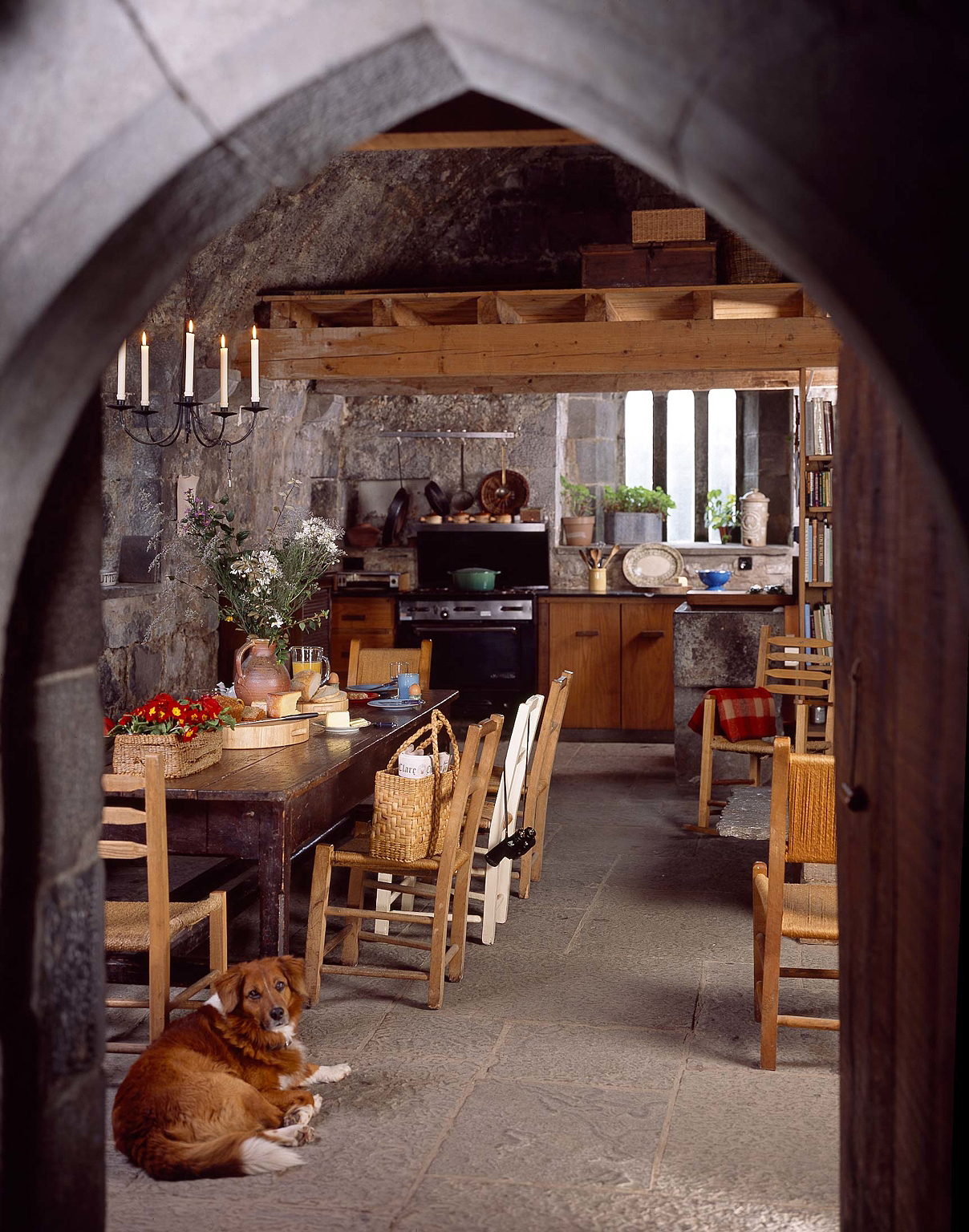 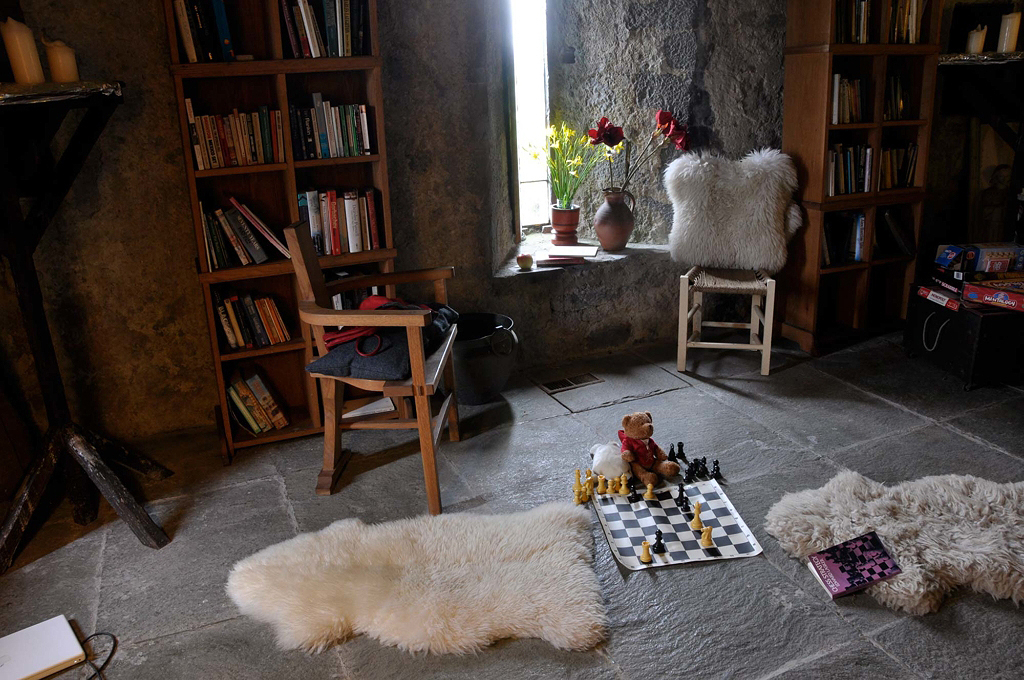